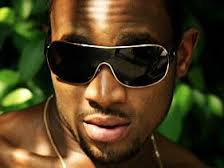 Popular musician, DapoOyebanjoknown as Dbanj was absent at the start of the trial of the alleged debt case brought against him

The trial was due to begin on Monday,March 30,2015 at the Multi-door Court house in Obalende, Lagos, but the entertainer was absent. Also, the claimant, Henry Ojogho, was not present though his counsel from Dele Adeshina’s chamber was at the court.

Meanwhile, the presiding judge, Justice(Mrs) Oyebanji adjourned the case till May 7,2015 for hearing.

Ojogho,who is the vice chairman of Broron Group and MindHub Technologies claimed that Dbanj,owner of DB records lent about 60 million from him,but has refused to pay up as promised.