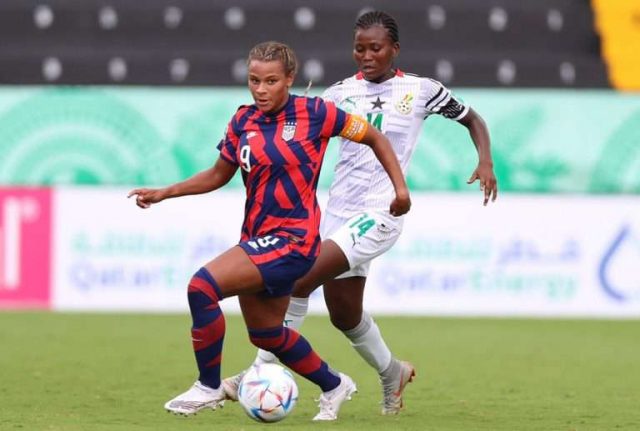 United States on Thursday, beat Ghana 3-0 in the group D opener at the 2022 FIFA U-20 women’s World Cup in Costa Rica.

The African side had a player sent off early in the game.

The Americans broke the deadlock in the 11th minute through skipper Michelle Cooper.

Things went from bad to worse for Ghana in the 31st minute, as Jacqueline Owusu was sent off after a foul on midfielder Korbin Albert following consultations with VAR.

The USA capitalized on the sending off and doubled their lead in the 38th minute thanks to Alyssa Thompson.

And in the 52nd minute USA got a third goal this time off the boot of Ally Sentnor.

Up next for Ghana is a tough clash with defending champions Japan billed for Sunday, 14 August while USA will face the Netherlands.

Nigeria, Africa’s other representative will open their campaign against France in the early hours of Friday (12am).