In Nigeria, kidnapping for ransom has become a big business more lucrative than seeking employment in juicy sectors such as oil and gas.

Thus the business has become a staple in many parts of the country with thousands of people falling victim.

The SB Morgen (SBM) Intelligence published early this month used the kidnap cases that occurred from June 2011 to the end of March 2020 using data collected from the Armed Conflict Location and Event Data Project, the Council for Foreign Relations’ Nigeria Security Tracker, newspaper reports including PREMIUM TIMES, and SBM Intel’s own countrywide network of researchers.

The comprehensive reportIt contains the breakdown of names of victims, date, state and amount paid respectively.

“It would appear that in the south, while kidnapping may be frequent, the selection of victims is more targeted and the kidnappers see it more as a business transaction, trying hard to extract money from their criminal activities”, part of the report reads. It also notes that “victims that are unable to pay up as quickly as expected are more likely to be killed by the kidnappers”.

The report also highlights the feature of kidnapping saying up until late 2018, kidnap attempts were targeted at specific victims who were mostly politically-exposed persons, business people and their close relatives, or expatriates.

“The sudden uptick in fatalities per attempt coincides with the increase in attacks by bandits on villages especially in Zamfara and Katsina states, a situation which has gradually extended to Kaduna and Niger states. These bandits have also been involved in kidnapping besides attacking villagers and travellers, or doing both at the same time. As these kidnaps are less targeted at specific persons, the bandits are less deliberate in avoiding the deaths of their victims compared to earlier kidnap attempts which appeared to have specific targets in mind.

“This points to the democratisation of insecurity in the North, specifically with respect to kidnapping, which is a huge reversal from a decade and a half ago where kidnapping attempts were mostly in the Niger Delta, before slowly spreading to the South-East and across the country.

“Overall, Nigeria is becoming less safe each year. Kidnapping has increased in almost all states, but

the sharpest rise have been in Kaduna, Rivers, Katsina, Zamfara and Taraba, while only Bayelsa

in the entire country, saw a fall in the number of incidents compared to the period of 2011 to 2015.”

Ekiti, Kano, Kwara, Lagos, Nasarawa, Ogun, Ondo, Osun, Plateau, Rivers, Taraba and Yobe as these states saw fewer deaths per kidnap attempt. For all the other states, the prospect of being attached has become a more dangerous proposition”, it says.

Pastor in police net for over rape of own daughter 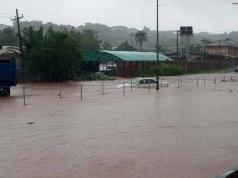 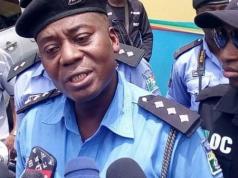