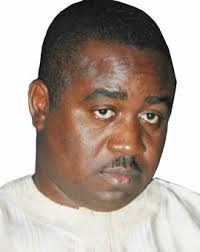 No fewer than 12 persons have died in renewed hostilities between Fulani herdsmen and Tiv farmers in three villages in Mbadwem district of Guma Local Government Area of Benue State.
It was gathered that trouble started last Thursday after some suspected armed robbers waylaid some Fulanis in Guma and killed two herders after robbing them of their valuables.
Following the development, some Fulanis from Nasarawa State, apparently on a reprisal mission invaded Guma Saturday night killing 10 persons while wounding several others.
Consequently, villagers in the affected communities namely; Tse Uosu, Gbudu and branch Umenger have deserted their homes and are now taking refuge in North Bank area of Makurdi.
This is even as some Fulani herders who were relocating from Guma on the heels of the reprisal attack were yesterday prevented from entering Adeke Community in Makurdi.
The Fulanis were said to have moved thousands of the cattle on Saturday night through Sunday into Adeke while members of the community were asleep.
But as soon as the youths of the area discovered the movement on Sunday morning, they were said to have laid siege on the road and prevented all the Fulani whose identity they did not know from entering the area.
In another development, Boko Haram militants have killed several soldiers in Dosso community in Niger.
A security source who confided in newsmen on Sunday said that the Boko Haram members invaded a military camp in Bosso through a riverine community early in the morning on Sunday.
It was stated that the insurgents stormed the camps from different angles and killed some of the soldiers and injured many.
The source said that the Nigeriens suffered a heavy casualty because the soldiers were not on the alert. They were said to have been relaxed because of the feeling that the Boko Haram members had been either wiped out or weakened.
The Ministry of Defence of Niger confirmed the unfortunate incident.