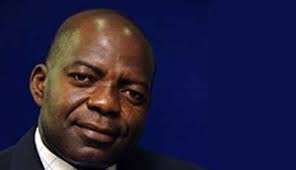 The candidates of the Peoples Democratic Party (PDP) and All Progressives Grand Alliance (APGA) in Saturday’s governorship supplementary elections in Abia and Imo States have concluded plans to challenge the results of the elections at the tribunal.
At a press briefing in Umuahia, the Abia State capital, the national leadership of the All Progressives Grand Alliance (APGA) and its candidate rejected the results of the just concluded governorship re-run election in the state, describing the process as a travesty of the will of pthe eople and vowed to challenge the outcome at the election tribunal.

The Peoples Democratic Party (PDP) candidate, Okezie Ikpeazu, was returned winner and APGA believes that the election results were manipulated and did not represent what transpired at the polls.
Also, a member of the Alex Otti Campaign Organisation who did not want his identity disclosed confirmed that Otti is heading for the tribunal to retrieve his mandate.
He said they believe that the tribunal will do justice to the case in view of the manipulations that took place during the election.
He said that the Otti group has sufficient evidence to prove that APGA won the election.

The PDP candidate in Imo State, Hon. Emeka Ihedioha, Hallmark learnt, congratulated Imo people for standing behind him during the just concluded poll.
According to a close source, Ihedioha accused the Independent National Elecetoral Commission (INEC) of perpetrating fraud and manipulation of the electoral process.

The PDP candidate cited the arrest by DSS operatives of five officials of the commission over electoral offences, and vowed to head for the tribunal to retrieve his “stolen mandate”.
Also, the Media Assistant to the Deputy Speaker of the House of Representatives, Mr. Oke Epia, while speaking with Hallmark, said that they were still studying the result of the rerun election as announced by INEC and will approach the court if any irregularities were detected.

The result released by INEC in Owerri showed that Okorocha, the APC candidate, polled a total of 416,996 votes while his closest rival, Ihedioha of the PDP polled 320,705 votes.
Epia said that though the campaign group had not yet taking any decision on whether to reject the result, it would soon come up with its position.

In a related development, the All Progressives Congress candidate in the election in Taraba State, Senator Aisha Alhassan, also rejected the results of the poll announced by INEC on Sunday.
Addressing a press conference in Jalingo, shortly after the announcement of the results, Alhassan described the entire elections process as a “daylight robbery” and said the party would challenge the results in the elections petitions tribunal.
“The combined governorship elections in Taraba were characterised by violence, massive rigging, ballot snatching and abuse of the card readers in substantial parts of the state by the PDP and their allies,” she said.

She contended that results ascribed to Wukari, Donga, Takum, Sardauna, Zing, Yorro, Kurmi and some parts of Ussa, Karim-Lamido, Bali, Ardo-Kola and Lau local government areas were not acceptable as they did not reflect the true results of the election in Taraba.
Alhassan said all the complaints on the irregularities and abuse of the election guidelines were promptly reported to INEC, but that no action was taken.