Portable, a controversial Nigerian singer, has backtracked on his claim of founding the ‘Ajah Boys’ and ‘One Million Boys’ cult groups.

The singer had in a video on Monday, claimed to be the founder of ‘Ajah Boys and ‘One Million Boys’ cult groups, which were infamous for terrorising residents in some parts of Lagos state few years back.

Following the claim, Usman Alkali Baba, the inspector-general of police (IGP), ordered Abiodun Alabi, the commissioner of police in Lagos, to probe the singer’s claim.

Amid the controversy trailing his claim, the ‘Zazoo Zeh’ crooner posted another video to clarify what he meant.

Portable claimed he was referring to his fans on social media when he meant he created ‘One Million Boys.’

“And what I meant by one million boys is meant my followers. I have one million followers, they are one million boys, even one million girls. Everywhere I go, people follow me. Abeg ooo, I don’t know who be One Million Boys ooo People are threatening my life ooo you should all look into this,” he said.

The singer also claimed that he never knew he would be campaigning for Gboyega Oyetola of the All Progressives Congress (APC) during the Osun governorship election.

Portable said he was originally told he was to perform at a show but later found out it was a campaign rally.

He added that he is a fan of both Oyetola and Ademola Adeleke of the Peoples Democratic Party (PDP).

“This has come to an end that I have to voice out… please everyone I wana let you know that I didn’t meant to campaign for APC it was a show they told that am going to before I saw myself in APC office and as a man no need to worry I gats to do the job since it involved money,” he added. 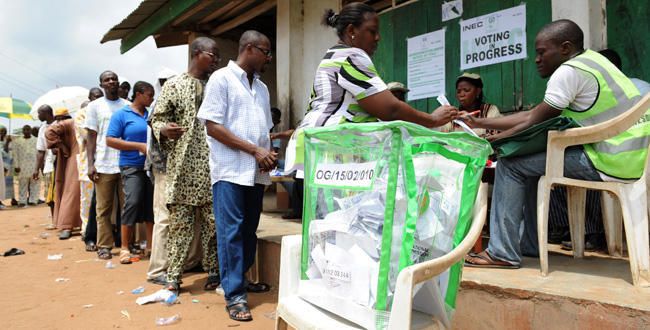 January 30, 2023
The European Union (EU) Election Observation Mission has said that 100 observers would be deployed for the 2023 polls.The Chief Observer, EU EOM,...