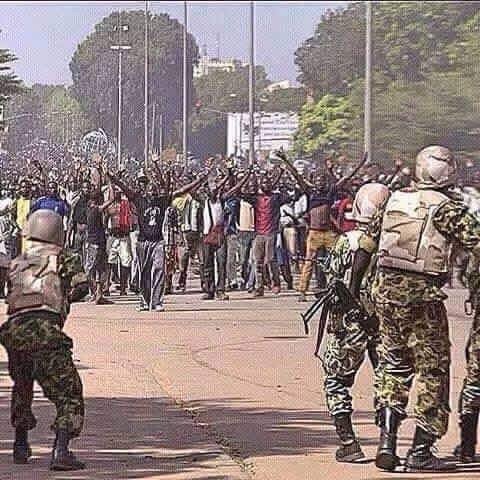 Apex Igbo sociocultural group, Ohanaeze Ndigbo, has condemned in strong terms, what it said is a “shoot-on-sight” order by President Muhammadu Buhari to the Nigerian military against protesting Igbo youth, warning that such was call for another pogrom and genocide.

Ohanaeze said the alleged move would commence from Orlu, Imo State, in the next few days, adding that the secret plot was recently elaborated by a report ran by Sahara Reporters.

Ohanaeze’s National Publicity Secretary, Chief Alex Ogbonnia, who said this in a statement on Monday, noted that the deployment of soldiers in Igboland recently confirmed the reports.

“The attention of Ohanaeze Ndigbo Worldwide has been drawn to the ‘Shoot-on-Sight Order’ given to Nigerian soldiers against Igbo youths in the coming weeks. Sahara Reporters of May 8 elaborated on the new secret plan, which, by the grace of God, has come to the public domain. The report further revealed that the exercise would commence from Orlu in Imo State. This is very disturbing,” he said.

“The pattern of deployment of northern military officers to the South East lends credence to the above report. Sahara Reporters revealed that in preparation for the above, the Nigerian army has posted Northern Muslims as commanders over its operations and brigades in Anambra, Imo, Abia, Akwa Ibom, Enugu, Benue, Edo, Delta and Rivers.

President-General of Ohanaeze Ndigbo, Professor George Obiozor, had admonished the Nigerian government to learn a lesson from history by not fighting an unwinnable war against nationalism, but seek possible peaceful options that guarantee national unity and peaceful coexistence.

Obiozor, according to the group, lamented: “Subnational consciousness or ethnocentric nationalism, which is a dangerous form of nationalism to national unity has taken over Nigeria. The dream of Nigeria’s unity is receding fast with violence, crises and conflicts.”

Ogbonnia stated that Ndigbo were unequivocal that the current problems confronting Nigeria were a product of sustained orchestrated injustice in governance.

Ohanaeze urged the Federal Government to refrain from the use of force in resolving the present national crises.

“History shows that military and violent means to solve the national question is bound to fail, as it leads to further national fractionalisation, anarchy and eventual or inevitable disintegration, as in all empires or multi-national states or countries,” it added.