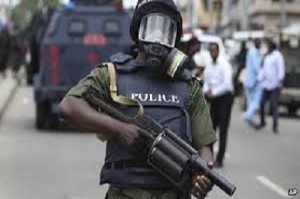 Ocha Initiative for Peace and Unity Nigeria a Non Governmental Organisation (NGO) has called on the Federal government to enforce serious actions to tackle insecurity in the country for economic growth and development.

The Convener and Chairman of the group Mr Augustine Kekeocha disclosed this in an interview with the News Agency of Nigeria (NAN), in Abuja, on Wednesday.

He said that government must adopt international best practices in recruiting Military and Police officers.

“In developed nations, before you are recruited as a police officer or army especially, you must have undergone some checks like Criminal record check, family background check, financial check, Psychiatric assessment, checks on your membership of any organization.

“ These are some of vital checks that should be carried out for one to be eligible to be a police officer or a soldier.

“ But it appears that is not the case in Nigeria. That is one of our major security problems and also over-Interference of the public and government in police and military affairs,’’ he said

In fighting insecurity, Kekeocha further urged government to tackle the porosity of the borders that gave room to the influx of arms and ammunitions into Nigeria.

“ We must eliminate the biasness in the judiciary and police in handling criminal cases and tackling of poverty and unemployment will be a great step in reducing crime and insecurity in the country.

“Criminals must be treated as criminals and not celebrated, which encourages others to engage in criminal activities later,’’ he said.

On ways to strengthen the national unity, he said that there was the need to use the primary, secondary schools and Universities to drive the course.

“ We need to start holding seminars in schools, primary, secondary and tertiary institutions across Nigeria. Create awareness in schools on the importance of tolerating one another and seeing one another as Nigerians, as against the tribal identification.

“Introduction of cultural events in schools, Introduction of the three major languages (Hausa, Yoruba and Igbo) into the curriculum of education, especially from primary schools,’’ he said.

Commenting on Mission and Vision of his organization, Kekeocha said that the vision of the organization was to work to see a Nigeria where citizens will live side by side each other without fear of hostility.

“We want to see where people are judged according to the crime and not by their tribe,’’ he said. (NAN)