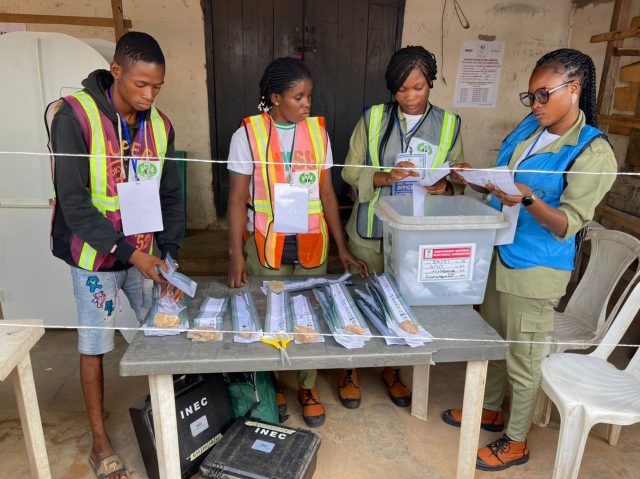 The United States mission to Nigeria has commended the people of Ekiti state and the Independent National Electoral Commission (INEC) for the improvements recorded in the conduct of Saturday’s Ekiti governorship election.

The mission which gave the commendation in a statement on Wednesday, noted that election which produced Biodun Oyebanji, candidate of the All Progressives Congress, as governor-elect was largely peaceful.

“The United States Mission to Nigeria congratulates the citizens of Ekiti State on the largely peaceful conduct of the gubernatorial election on June 18,” the statement said.

“We commend the concerted efforts of INEC staff and security personnel which helped facilitate a secure election with a credible outcome.

“We note the election’s technical improvements including that the newly adopted bi-modal verification accreditation system (BVAS) functioned properly in the vast majority of polling stations. We encourage all citizens to register to vote as the country moves towards national elections.”