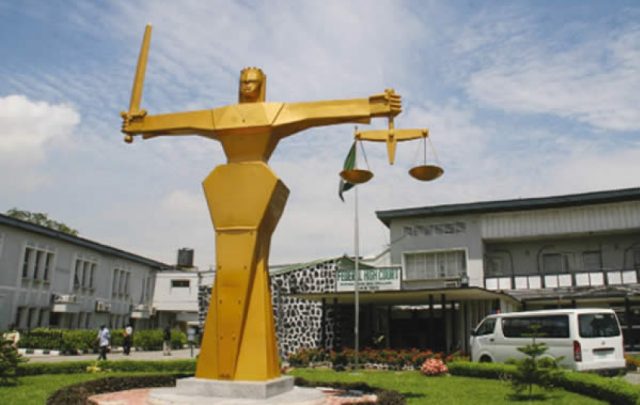 The Court of Appeal in Lagos has set aside a December 4, 2017 ruling obtained by Ecobank Nigeria Limited at the Federal High Court in Lagos against Vigeo Limited and its Chairman Mr. Victor Osibodu in a dispute over alleged debt.

A three-man panel of the court also discharged a Mareva Injunction Ecobank obtained at the lower court on July 11, 2017 against Vigeo and Osibodu.

The Mareva Injunction operates to stop a defendant against whom a plaintiff has a good arguable claim from disposing of or dissipating their assets pending the determination of the case or pending payment to the plaintiff. The injunction had restrained Vigeo and Osibodu from operating the firm’s accounts.

But, lifting the order, appellate court upheld Vigeo and Osibodu’s argument as canvassed by their counsel M. Kuti that the Mareva Injunction shouldn’t have been granted in the first place.

The Court of Appeal further remitted the suit to the Federal High Court Chief Judge for re- assignment to another judge for determination.

Vigeo Limited and Osibodu were the appellants in the suit marked CA/L/1472/2017 while the bank was the respondent.

The appellants were represented by M. Kuti, while O. Akinosun, SAN represented the respondent.

Justice Joseph Ikyegh delivered the court’s lead ruling on Monday March, 22, 2021, after reading the Record of Appeal and the Appellant’s Brief of Argument filed on behalf of the Appellants. The judge upheld Vigeo and Osibodu’s argument as canvassed by Kuti.

Justice Ikyegh held: “It is hereby ordered as follows that, the Appeal having been conceded by the respondent is allowed on the brief filed by the Appellants.

“The ruling of the court below delivered on 4/12/2017 is hereby set aside and the Mareva Injunction granted by the court below on 07/11/2017 is discharged. The action is remitted to the Chief Judge of the court below for re assignment to another judge for determination. Parties to bear their costs,” the Judge ruled.

Justice Saliu Said of the Federal High Court in Lagos had on November 7, 2017, granted orders of Mareva Injunction against Vigeo Limited and its Chairman restraining the company from operating its accounts.

The injunction was granted on the basis of an ex parte application (with no notice to Vigeo Limited or no request to hear a counter argument from Vigeo Limited) filed by Ecobank Nigeria Plc in respect of a facility between the defunct Oceanic Bank International Plc and Vigeo Limited.

It was also alleged that Ecobank obtained the Mareva Injunction order by suppressing names of the account owners and misrepresenting material facts as to the true state of affairs between itself and Vigeo Limited.

It all started in 2007, when Vigeo Limited obtained a loan from the defunct Oceanic Bank International Plc to acquire oil vessel, MV Vigeo Olufunke.

The vessel was acquired for charter as an oilfield support vessel to SNEPCO/Bonga Oilfield, a key player in the offshore exploration and production of petroleum.

Subsequently inn 2008, the offshore Bonga oilfield was hit by an unprecedented attack from Niger Delta Militants MEND (Movement for the Emancipation of Niger Delta) leading to the stoppage of offshore oil production at the Niger Delta by Shell Petroleum. The MV Vigeo Olufunke was also seriously damaged in the MEND attack.

Oceanic Bank International Plc had granted the loan facility to Vigeo Limited as an independent entity, while the Chairman Mr. Victor Osibodu only guaranteed the loan.

Findings also showed that the repayment of the facility was to be from revenues generated from chartering the vessel.

According to reports, “Subsequent to the grant of the facility, various factors hindered the optimal performance of the vessel. These include damages suffered by the vessel during the Bonga offshore oil platform attack in April/May 2008, as a result of which the vessel had to be taken overseas for repairs.

“The situation was compounded by the downturn in the economy, particularly, in the oil and gas industry by the collapse in oil prices from over US$100.00 to less than US$30.00 in the international market. These situations forced oil and gas companies to scale down their operation internationally and suspend new projects. This also led to the non-renewal of the charter contract entered into by Vigeo Ltd for the vessel.”

Sources also confirmed that Vigeo Limited consequently met on several occasions with Ecobank Nigeria Plc whose parent bank Ecobank Transnational Incorporated (ETI) had acquired the defunct Oceanic Bank, in a bid to restructure the facility and also to seek a moratorium.

Despite its significant losses, Vigeo Limited made several good faith payments to the Oceanic Bank/Ecobank from its other income sources totaling about $14million out of the $17 million dollar loan. It is also supposed to have paid a sum in excess of N2 billion on the Naira element of the loan, a sum far in excess of the original Naira facility sum of N750million.

By adopting this illegal conversion rate, Ecobank Nigeria Plc effectively increased the alleged indebtedness of Vigeo Limited by almost 50% (fifty per cent) overnight. Also without clearance or negotiation, the bank more than doubled the interest rate on the inflated loan from 11% per annum applicable to US Dollar facility to 25% per annum after the conversion to Naira.

Ecobank’s conversion of the facility from US Dollars to Naira in breach of the contractual terms and at the illegal and inflated black market conversion rate, together with the imposition of the excessive interest rate, fundamentally breached the facility agreement and made it impractical to manage the facility as reconstituted, it was learnt.

Part of the security for the facilities was a charge on the shares in blue chip companies belonging to the Chairman of Vigeo Limited. Ecobank sold these shares without notice, without advice/knowledge of owner and without recourse to Vigeo Limited or its Chairman. These shares were sold at 60% of their current value as stated in the loan statement released one year after the sale.

Despite the challenges faced by Vigeo Limited, the company was never evasive towards fulfilling its obligations, rather, it made frantic efforts to bring the bank to the table with the view of working out a realistic payment plan structure.

According to sources, the victory of Vigeo Limited at the Court of Appeal is further vindication of the position that the Courts are ever conscious of the fact that because of its very nature, Mareva injunctions could be open to abuses. So they have evolved some rules and principles which are designed to guard against such abuses. By these rules, before a Mareva injunction could be granted the Applicant must show:

(6) That he is prepared to give an undertaking as to damages.