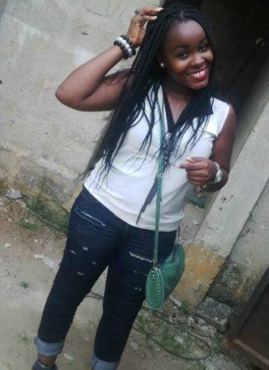 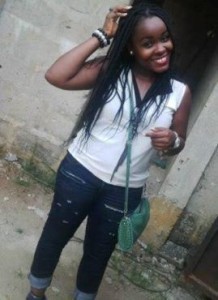 It all started when Kel, a 200 level year student of Theatre and Film department collapsed while having a bath around 5am on Sunday and was rushed to the Emergency unit of the University of Port Harcourt teaching Hospital. According to her friend, UPTH allegedly rejected her, saying there was no bed space. She was then rushed to a private hospital that referred her back to UPTH. She unfortunately died before getting there.

On hearing this, some aggrieved students who came out in large numbers reportedly chased out all the medical officials present in what they claimed was a protest against the hospital’s poor service towards students.

The students claimed and complained that negligence was an issue of concern in UPTH and they claimed that more than 20 students had died due to the hospital’s negligence.

The students complained that even after the school management bill them for medical fees, they did not receive the medical attention that was due. They urged the management to review its relationship with the teaching hospital so students would get better attention in health related issues.

Miss Judith Oyila, one of the leaders of the protest and a theatre arts student complained that students were not considered a priority by UPTH and that was why the number of students’ death increased.

“We are angry because we have lost another of our student again in UPTH, a 200 level student of Theatre Art.

“She died because of neglect by the doctors and nurses in that hospital. How could it be that a student slumped and students rushed her to UPTH but the doctors left her for over six hours without treatment and the poor girl died.

“We want the world to hear the injustice that we are facing here even in the hand of the doctors in our institution’s hospital. The doctors abandoned her without treatment.

“They gave excuses that do not worth it: saying no bed to keep her, no fuel, no ambulance until she died. The Doctors forgot that we pay for health.

“We want the government to sanction the school and UPTH for this, as well compel them to do a review of their policies as it concerns students health.

The protest has affected patients in the hospital as some of them have been moved to the emergency wards of other hospitals. Some of the patients expressed fear that it may lead to doctors going on strike and advised the government to intervene in the situation.