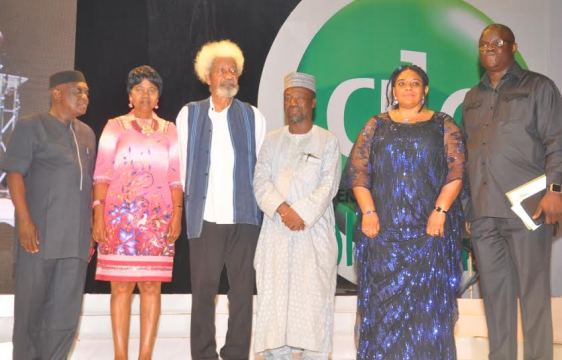 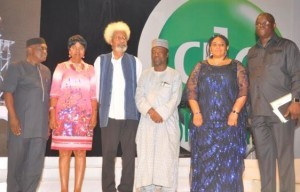 Last Friday, at the Convention Centre of the Eko Hotel, VI, Lagos, National Telecoms Operator, Globacom announced that young writers in Nigeria Universities will receive a cash prize of N4.5m every year from its “Glo Literature Prize for Undergraduate Students”.

Ebenezer Kolawole, Gloworld Coordinator, who announced the Prize on behalf of the Board and Management of the company, said it would be an annual competition open to all students of Nigerian universities, both public and private. The first edition of the award, he said, would be held in 2016, and that entries would be accepted for unpublished manuscripts which should be original scripts.

“Our objective is to promote the study of all genres of literature.

Therefore, Globacom is offering prizes to winners in the following categories: Prose, Drama and Poetry. The winner in each category will receive the sum of N1.5m (one million, five hundred thousand naira),” he explained, adding that this is the first time that any organisation has offered prizes for all the three genres of literature at this level of competition.

Kolawole said that Globacom has selected a panel of renowned scholars who have distinguished themselves locally and internationally as judges of the Prize in order to ensure a credible selection and award process.

“The Glo Literature Prize for Undergraduate Students is part of our holistic appreciation of the importance of literature in the society. Literature is the mirror of the society we live in, and plays a vital role in communicating and preserving our culture, traditions and attitudes”, he said.

“We are of the firm belief that the Prize will provide added impetus to the education establishment and to Nigerian students, particularly in the field of literature and the creative industry,” Kolawole stated.

An Evening with Wole Soyinka and Nigeria’s Outstanding Literary Stars was organized to celebrate the continent’s biggest literary icon and Nobel Laureate, Prof Wole Soyinka, and three of Nigeria’s young but inspirational writers. They are 2006 winner of Wole Soyinka Prize for Literature in Africa, Sefi Atta, and Caine Prize winners E.C. Osondu and Tope Folarin.

The company said the event was organized to pay tribute to the literary stars for their immense contributions to the study of literature and for putting Nigeria on the world literary map.

In a goodwill message at the event, Globacom Chairman, Dr. Mike Adenuga Jr., described Prof Soyinka as an uncommon patriot and intellectual deity who has made the black race proud.

“Prof Soyinka has not only remained steadfast in his pursuit of social justice and good governance, but has all his adult life been one of the icons of Nigeria’s moral fabric. He is a sedulous writer and raconteur par excellence whose works have for decades remained study materials the world over and will be for generations to come,” Dr Adenuga noted.

He also commended the three young writers for being good ambassadors of the country and for putting their footprint on the world literary map.