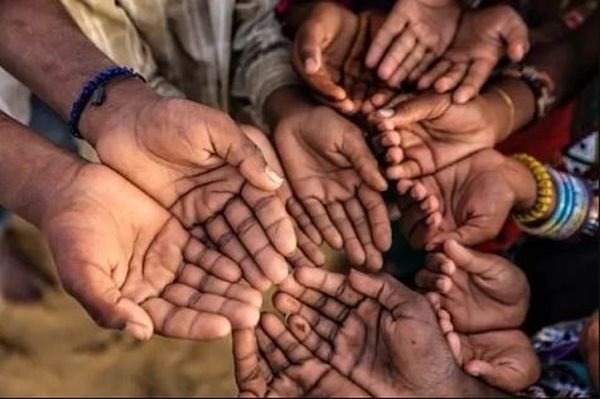 
With the list of the poorest states in Nigeria being graphically presented by the National Bureau of Statistics, NBS, evidence has come to the fore that many Nigerians are indeed still battling very primary existential problems.

Indeed, under the circumstances there are fears that the dreaded prognosis about a time when scavenging for food by the poor in the country may be on the increase could presently be upon us now.

This is more so when Nigeria which has also earned another stripe as number 14 in the ranking of failed states in the world has continued to degenerate in terms of every index designed to estimate the living standards of people in the country by the day.

Having also been rated as the country that parades the highest number of poor persons in the world, there is no reason to think that the sub-national entities in the country will be any better.

Already, it is estimated that about six Nigerians fall into the poverty bracket in almost every minute. This goes to show that Nigeria’s citizens are probably becoming sub-humans that are increasingly being mired in dire straits, in terms of their standard of living.

Recently, the NBS came out to say that more than 82.9 million Nigerians are poor by national standards.

With Nigeria as sadly a prime destination for poverty, it will be difficult to run away from the fact that many of her citizens are indeed very poor at the moment.

Not long after Nigeria outran India in the ignoble contest for the poverty capital of the world, so to say, statistics and data from the National Bureau of Statistics, NBS have confirmed what many had suspected, had been a continuing case of economic deterioration that had been taking place, and on a yearly basis too.

Broken down, the figures show that 40.1 percent of the total population was classified as poor, adding for real effect that, in other words, an average of four out of 10 individuals in Nigeria had real per capita expenditures below N137, 430.00 per year.

This means the monthly income of an individual in this category is less than N11, 500, while income per day is N38.00.

At the sub-national level, the report indicated that Sokoto, Taraba, Jigawa, Ebonyi, Zamfara, Yobe, and Adamawa topped the list of poorest states in the country.

NBS said, “Sokoto State had 87.73 percent poverty headcount rate followed by Taraba with 87.73 percent, then Jigawa which has 87.02 percent and Ebonyi with 79.76 percent.”

On the other hand, the data from the statistics body revealed that Lagos, Delta, Osun, Ogun, Oyo, Edo, and Anambra States had the least in terms of the poverty levels.

According to the bureau’s findings, Lagos State has a 4.50 percent poverty headcount rate, and it has been trailed by Delta with 6.02 percent, followed by Osun State with 8.52 percent.The report indicated that after Osun, Ogun was next with 9.32 percent, while Oyo has 9.83, and Edo has 11.99 percent as well as Anambra with 14.78 percent.

Looking at the states critically, it is also to be noted that the Debt Management Office, DMO website revealed that some of these states have huge debts overhang which is also part of their challenges.The website revealed that while Sokoto owes huge sums, FAAC allocation to it in 2019 stood at N34.2billion. On its part, Taraba owes N122.7billion and has received N29.7billion from FAAC allocations.

Further research shows that the internally generated revenues of these states are also poor. For instance, Sokoto State ranked number 16 in the country in IGR, having generated N19.005 billion in 2019. Zamfara generated N15.44billion to rank 23, Adamawa’s IGR stood at N9.7billion which ranked it as 29th of the 36 states. Jigawa ranked 25 with N12.9 billion IGR, Bauchi’s IGR stood at N11.696billion, Yobe scraped N8.4billion in IGR, Ebonyi got N7.455billion in IGR while Taraba’s IGR stood at N6.522billion.

This has grave implication for the citizens of Nigeria, especially for the states that were aforementioned. Industry experts measure poverty with poverty index generated from combination of per worker agricultural value added, real per capita income and consumption per capita using principal component analysis and common measurement of poverty.

Their view  of real poverty is gleaned from the key micro level determinants which includes household size, education level, household composition and size, assets owned by households, access to basic social and economic services, sector of employment, number of income earners in a household, sex and ethnicity of household head, rural versus urban location, among others.

These indicators are dominant in the 9 states which have been listed as the poorest in Nigeria. The challenges of most of the states have been compounded by the nefarious acts of the Islamic sect, Boko haram, banditry and kidnapping among other heinous and criminal behaviors.

Whereas analysts believe poverty increases with household size, and reduced productivity, there is also a consensus that poor people tend to also find it very difficult to crawl out of the pit as they hardly have any access to capital with which to build any form of business. Thus the scenario that pervades these poor states, and much unlike what obtains in states like Lagos which have relatively more qualitative people and infrastructure, is considerably quite dismal.

Equally, a poor environment will not have much to offer in terms of business activities. Market observers also believe that there will be very low productivity because not many skilled workers can tolerate the poor infrastructure environment. There will be low access to capital, no ease of doing business and almost no job creation.

They also note that the numbers of out of school children will be very high in both the primary and secondary school levels, as well as in tertiary institutions.

An impoverished area that lacks attraction for investors and hands a bad deal to companies; even products that are common site in other places may not exist in these states just like there will be lack of health care.

Life in some of the rural areas will be that of hand to mouth existence.

An analyst who pleaded anonymity told Business Hallmark that ‘an increasing poverty level will invariably translate into high crime rates. A report published by the National Bureau of Statistics (NBS) has shown that rising inequality has the tendency to push people to commit crimes. In the recent past, Nigeria’s crime rate stood at 68.23 per cent which was higher than the threshold of 63.94 and Safety Index of 36.06 per cent.’

Managing Director/Chief Executive Officer of BIC Consultancy told BH that ‘the ranking depends on how each individual is looking at it. The ranking could be an opportunity for some people while others may put it off or ward it off. On the other score, the ranking does not really matter if there remain existential challenges in Nigeria. So, wherever you are, these bad conditions affect you.’