Mr. Peter Obi’s chairmanship of Security and Exchange Commission stands little chance of outliving the government that made it possible, EMEKA EJERE, writes

Friends and well wishers congratulating Mr. Peter Obi, former Anambra State governor, on his recent appoint may be doing so with reluctance. They are not unaware that becoming the Chairman of Security and Exchange Commission (SEC) was not the original plan of a former state governor. Even if it was, it was not to come from a government on the verge of departure.

There are many reasons to believe that Mr. Obi is not among those celebrating the victory of Gen Mohammadu Buhari, of the All Progressives Congress (APC) in the March 28 presidential election. His (Obi’s) support for President Jonathan and the Peoples Democratic Party (PDP) was as total as his disdain for Mr. Buhari and his  party, analysts believe.

He shares the political philosophy of president Goodluck Jonathan, even as an All Progressive Grand Alliance (APGA) governor. For many Nigerians only a miracle will see his chairmanship of SEC outlive the government that made it possible.

The recent ban on AIT from covering the president-elect’s activities, which was later reversed by the APC, does not portray Mr. Buhari as a leader who will be comfortable with his political detractors in sensitive positions.

Mr. Obi put an end to pretence in 2014 when he formerly dumped the All Progressive Grand Alliance (APGA) for the ruling PDP. But that was after he had handed over to his anointed candidate, Willie Obiano as governor.  He said he had to join the PDP to lend his support and clout to President Jonathan’s re-election bid.

“The President is doing very well. He has a lot of policies in place that will transform the country if re-elected. We shall support him fully for the benefit of the country,” Obi had said.

But APGA members, all in rude shock, refused to see any justification for Mr. Obi dumping a party on which platform he served as governor for 8 years, through the instrumentality of the late Biafran Leader, Chief Chukwuemeka Odumegwu Ojukwu. For them Obi did not have to join the PDP to support the president’s re-election as he even had more clout as national leader of APGA to support the president. One of them, Mrs. Bianca Ojukwu, widow of the late Biafran warlord speaks:

“The truth of the matter is that he did not need to decamp to the PDP in order to be deeply involved in the re-election campaign of President Jonathan and if he has any respect for the president, he should stop dragging his name into this, in justification of a decision, which was solely in his own selfish interest.

“Even an elementary school pupil would have been able to deduce that he had more clout with his exalted position in APGA to effectively campaign for the president. Afterall, did he need to decamp before APGA adopted the president, as its candidate during the last presidential election?

“APGA has always lent its support to this president and our position has not changed. We fully acknowledge and celebrate the giant strides the president has made in all sectors in or­der to transform this country but even more profound is the fact that Nigerians have witnessed a new era of political collabora­tion with the dawn of the administration of President Goodluck Jonathan.

“He has ably demonstrated and fulfilled his promise that his leadership would be one uncontami­nated by the prejudices of the past and that his government would be committed to change. Today, I am Nigeria’s Ambassador to Spain despite being in an opposition party. I am not the only member of APGA serving under this administration. None of us was required to defect to the PDP.

“I do not buy the explanation that Obi decamped from APGA to PDP in order to campaign for the president because it does not hold water. This administration of President Goodluck Jonathan is one which has welcomed and accommodated other political parties with open arms as partners in the collective task of national develop­ment.

“I can only justify Obi’s decampment by concluding that he might have found it difficult to cope with the new reality of finding himself outside the corridors of power. Sadly, he was convinced beyond doubt that the only reason he lost out on a ministerial appointment during the last batch of appointments was simply because he was not a card-carrying member of the PDP. He felt that playing the role of a statesman in APGA would relegate him to being a political benchwarmer.”

As the Deputy Director General of Jonathan’s campaign organistion, Obi was in-charge of the South-East, South-South and South- West zones during the presidential campaign. His mandate, among other things, was to poll a tremendous amount of his supporters from his former party to the PDP. He explored every option to get the job done, including critical analyses of Buhari and APC’s campaign promises.

Few days after the APC and the PDP flagged off their campaigns, Mr. Obi made a comparative analysis of the two presidential candidates in a piece titled, ‘Tale of two flag-offs.’

In his analysis Mr. Obi submitted that while the PDP understood the problems of the country and had the capacity to address them, the APC was only making promises without saying how to fulfill them. His piece read in part:

“Whereas the APC told Nigerians that it would reduce corruption by demonstrating political will and jailing everyone who is found guilty of corruption, the PDP told us that jail terms and guilt are determined by courts of competent jurisdiction. This means that a government must follow the rule of law and allow court processes to take their due course.

“Thus one must dismiss the APC’s empty platitudes, as it shows no knowledge or understanding of the socio-economic realities that encourage corruption and make it fester. Worse still it knows nothing about how to fight it, beyond talking about a nebulous ‘political will’ that translates into nothing when examined more closely. No nation is immune from corruption and nations reduce corruption through institutional checks and not the advertised personal honesty of one individual.

“The APC talked about improving the quality of education and left it at that. The PDP on the other hand, told us what its Government has done in education, such as setting up 12 federal Universities in states of the federation that did not have any. Mr President told us how his government tackled enrolment and drop out issues, among so many others.

“He gave factual proof of hands-on capacity, unlike the APC that said that it will first hire technocrats to help it craft solution to Nigeria’s problems, after the elections. If, as APC said, it will depend on technocrats to help it design what to do we must conclude that the party is, for now, bereft of ideas. So why vote for such a party at all?”

But Obi’s wish turned out to be different from those of most Nigerian electorates as evident in the outcome of the March 28 polls. From May 29 APC will be in power and Buhari will be substantive president.

Obi’s latest appointment, given the timing, may have been widely viewed as solely politically motivated. But those who know the former governor well believe that his glittering career in the banking sector made him an easy choice for Jonathan.

A business analyst, Mr. Emenike Okonkwo, told Hallmark that not many know that Obi has a very rich background in business and banking, as they associate him with politics alone. “Obi became a financial guru before becoming a politician,” Okonkwo said.

Born 19 July 1961 in Onitsha, Obi attended Christ the King College, Onitsha where he completed his secondary school education. He was admitted to the University of Nigeria, Nsukka in 1980, graduating with a B.A (Hons) in philosophy in 1984. 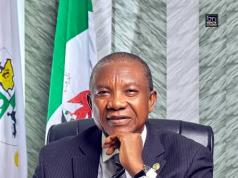 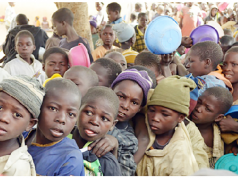 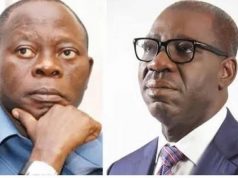