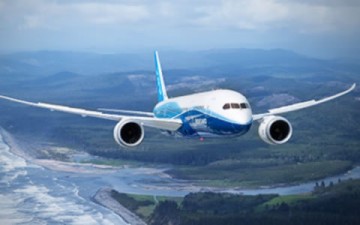 A lot of challenges have bedevilled the airline industries in recent times as passengers and other airline customers have bemoaned their experiences. Most users of airlines have complained of poor services such as flight delays and cancellations and inflight services.
Some passengers have also blamed the Consumer Protection Council (CPC) for not doing enough to protect the right of air passengers.
However, the head of Consumer Protection Council (CPC), Lagos, Mr. Tam Tamunokonbia, has told Hallmark business that their inaction over air passengers’ complaints on the constant flight cancellation and delays by domestic airline operators in Nigeria was because the Nigeria Civil Aviation Authority (NCAA) has been interfering in their operations.
According to him, the CPC sent letters summoning some airline operators that have been constantly abusing passengers’ rights, but the airline operators reported CPC to NCAA instead of replying the letter.
He stated that, contrary to what people think, CPC has not been quiet on the issue of air passengers’ dissatisfaction over the way and manner they are being treated by airline operators.
“The challenge we are having is that NCAA is not letting us do our work. In fact, we are having a running battle with NCAA over this. There was a particular incident where passengers were delayed for about fifteen hours by a particular airline and had to sleep over in the airport. When we got notice of this, we went to the particular airline in question immediately to investigate the incident. We also went to interview some of the passengers who slept at the airport. After our findings we wrote to the airline seeking compensation for each of those passengers in accordance with the passengers’ Bill of Right.” Mr. Tam said.
He continued, “rather than address the situation, the airline reported us to aviation authority and NCAA took advert on national dailies, television and radio stations saying CPC does not have the right to intervene in aviation sector.”
He further revealed that the matter became so serious that it has gone to the level of the DG’s and MD’s and high up to the ministerial level, even though, both bodies do not report to the same ministry.
“As I talk to you, that airline took side with the aviation authority and refused to honour our invitations or respond to our letters. Though CPC has a way of summoning defaulting companies that refuse to honour our invitation, we have not exercised that power because when two government bodies are involved in this kind of issue, you try to give peace a chance while addressing the situation. I also believe that the on-going dialogue between the ministers would resolve the misunderstanding,” Mr. Tam noted.
Mr. Tamunokonbia, also stated that CPC was doing everything within its power to protect air passengers rights, by sensitizing air passengers on their rights.
According to him, many passengers do not know their rights and there is need to inform them.
“We are sensitizing air passengers by distributing leaflets in airports across the country. Some of the things passengers don’t know are that; after one hour of your flight being delayed, you are entitled to snacks and drinks plus two free telephone calls. After two hours and beyond, a meal, two free phone calls, SMS or E-mail, plus a right to re-imbursement or re-routing of flight. Then between 10pm to 4pm or after the airports are closed, free hotel accommodation, free transportation to and from accommodation venue, plus two free telephone calls, SMS or e-mail,” Mr. Tamunokonbia revealed.
On cancellation of flight Mr. Tamunokonbi said according to the passengers’ bill of rights, 24 hours notice of cancellation must be given or an immediate compensation of 25% ticket price if no notice is given.
On denied boarding, he said the bill provided for immediate compensation of 25% of ticket price subject to your convenience.
He further stated that they have tried to prosecute some airline operators who were violating these laws but their effort had been thwarted with constant interference by the Nigeria Civil Aviation Authority (NCAA) who would rather have airline operators pay fine to the body than compensate aggrieved passengers.
Efforts to get the general manager, public relations of NCAA, Mr. Fan Ndubuoke to react on the matter proved abortive.