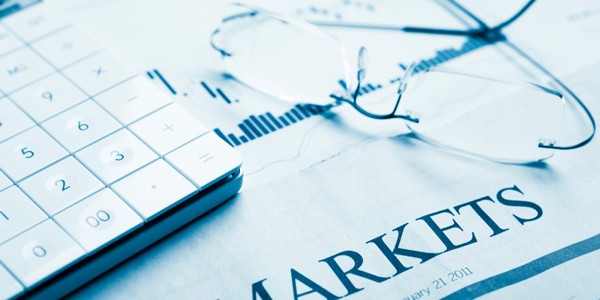 Some capital market operators have expressed fears that the ongoing national energy crisis if not checked would paralyse activities at the Nigerian capital market.   They said on Tuesday in Lagos that the energy crisis had already affected the level of activities in the nation’s bourse.   President, Association of Stockbroking Houses of Nigeria (ASHON), Mr Emeka Madubuike, lamented that the level of activities in the market had dropped drastically because of the energy crisis.   Madubuike said the stalemate had grounded the economy to halt, adding that the capital market was passing through hard times. “We are hoping that there will be clear vision of things by next week with the new government,” Madubuike said.   He called on the incoming government to ensure prompt settlement of all issues affecting economic growth and development. Dr David Ogogo, Registrar/Chief Executive Officer, Institute of Capital Market Registrars (ICMR), said that many companies would likely close shop if the energy crisis lingered.   Ogogo said that companies had no choice than to close operations to avoid incurring unnecessary overheads. He said the impact on the market would be negative if quoted companies declared losses due to the ongoing energy crisis that would increase cost of operations. “We are praying for positive development and hoping that the whole thing is sorted out before the week runs out, if it continues this way, it will affect the market adversely,” Ogogo said.   Mazi Okechukwu Unegbu, the former President, Chartered Institute of Bankers of Nigeria (CIBN), described the development as disturbing. Unegbu said that volume of transactions in the market would reduce as many investors would find it difficult to place their orders due to the current energy crisis in the country.   He said the market was going through tough times due to different dislocations in the economy.   Also speaking, Mr Sehinde Adenagbe, the Managing Director, Standard Union Securities Ltd., said the development would drag down investment and confidence in the market. Adenagbe said that Nigerians were groaning under the present situation and called for removal of fuel subsidy.   He said that fuel subsidy should be removed for Nigerians to know the reality of the situation on ground. Meanwhile, the NSE market turnover showed that 2.94 billion shares worth N16.05 billion were traded by investors in 21,306 deals last week.   This was against 1.63 billion shares valued at N14.43 billion exchanged in 20,124 deals in the preceding week. The Financial Services Industry led the activity chart with 2. 62 billion shares valued N8.19 billion transacted in 11,611 deals.   The Consumer Goods sector followed with a turnover of 82.64 million shares worth N4.75 billion achieved in 3,753 deals. The third place was occupied by the Conglomerates Industry with 73.97 million shares valued N365.50 million in 948 deals.   Consequently, the All-Share Index lost 167.31 points or 0.49 per cent to close at 34,272.09 points compared with 34,439.40 points due to price depreciation. Also, the market capitalisation which opened at N11.697 trillion lost N53 billion or 0.45 per cent to close at N11.644 trillion.   A breakdown of the price movement chart showed that Vitafoam topped the losers’ chart in percentage terms, dropping 22.41 per cent or N1.43 to close at N4.95 per share. R.T. Briscoe trailed with 13.04 per cent or 12k to close at 80k, while National Aviation Handling Company lost 10.59 per cent to close at N6.08 per share.   On the other hand, Vono Products led the gainers’ table in percentage terms, growing by 29.79 per cent or 28k to close at N1.22 per share. NEM Insurance grew by 29.41 per cent or 20k to close at 88k, while Skye Bank appreciated by 18.43 per cent or 40k to close at N2.57 per share.