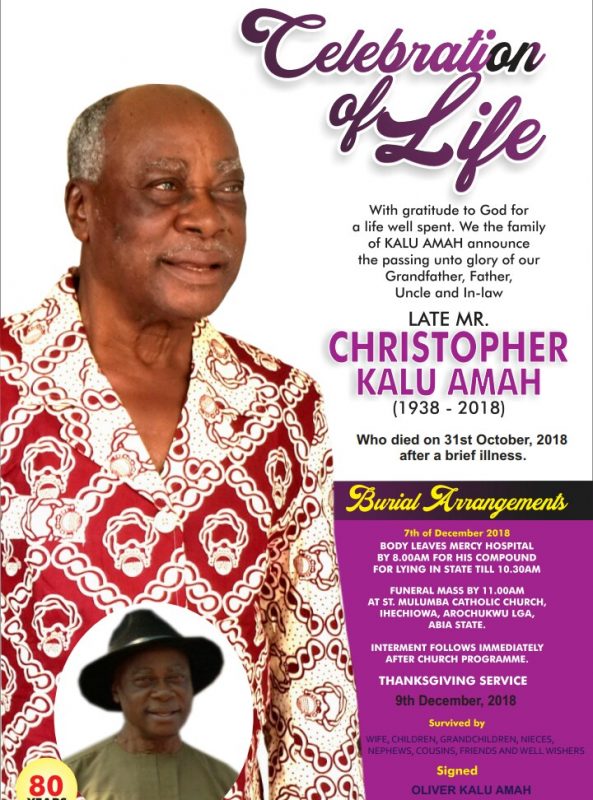 The late Amah until his death, was a well known business man based in Gabon. He was In his lifetime, a celebrated philanthropist and a respected traditional chief.

He is survived by his wife, 5 children and grandchildren. Among his in laws is Chief Goddy Uwazurike.

He will be buried in Ihechiowa,Arochukwu LGA,Abia state on Dec 7, 2018. He was aged 80 years old. 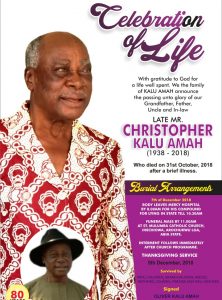