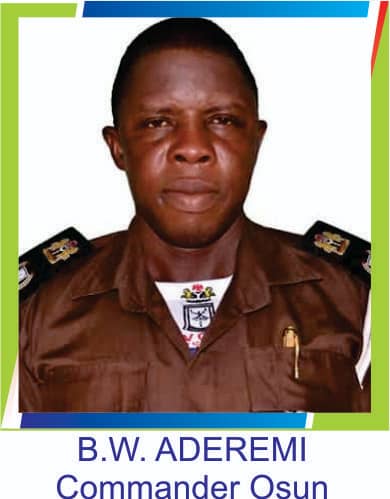 State of Osun Vigilante Group has urged the residents of the state to adhere strictly to the state government stay at home directive for another 14 days in the interest of all.

The state commandant of the group, Mr. Bello Wasiu Aderemi stated this in a release issued copies of which made available to the newsmen in Osogbo on Thursday.

Bello said, the directive of the government is to allow the people of the state to stay safe and healthy.

He said the pains undergoing now will result to gain in future, adding that the state under the leadership of governor Adegboyega Oyetola have the interest of his people at heart and he has demonstrated it safeguarding their health.

Bello, however, commended the effort put in place by the state government under governor Adegboyega Oyetola for being proactive in curtailing the deadly Coronavirus pandemic bedevilling the state, adding that his group will work hand in hand with other security personnel to man the enforcement of lockdown in the state.