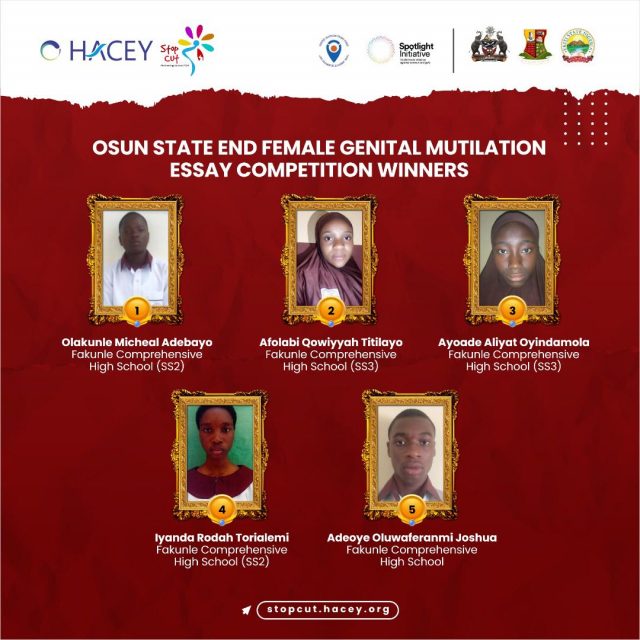 Hacey Health Initiative has noted that over 125 million girls and women in almost 29 countries in Africa and the Middle East are victims of Female Genital Mutilation and Cutting (FGM/C).

Mr. Ayo Alabi, the representative of the Hacey, made this assertion while presenting prizes to the winners of an essay competition on end Female Genital Mutilation in Osogbo, Osun state.

He appreciated the efforts of the students for their participation in the essay competition saying that two boys were among the winners.

He equally noted that annually, over three million girls are at the risk of being subjected to FGM, while affirming that FGM is a violation of basic human rights of the women and girls made to undergo the practice.

He noted that there are laws and policies to prohibit FGM/C in Osun state but the awareness of these laws are very low.

According to the Initiative, only 29.4 percent ,18.5 percent and 4.5 percent of the women in Osun, Ekiti and Oyo respectively were aware of the existence of the laws and policies.