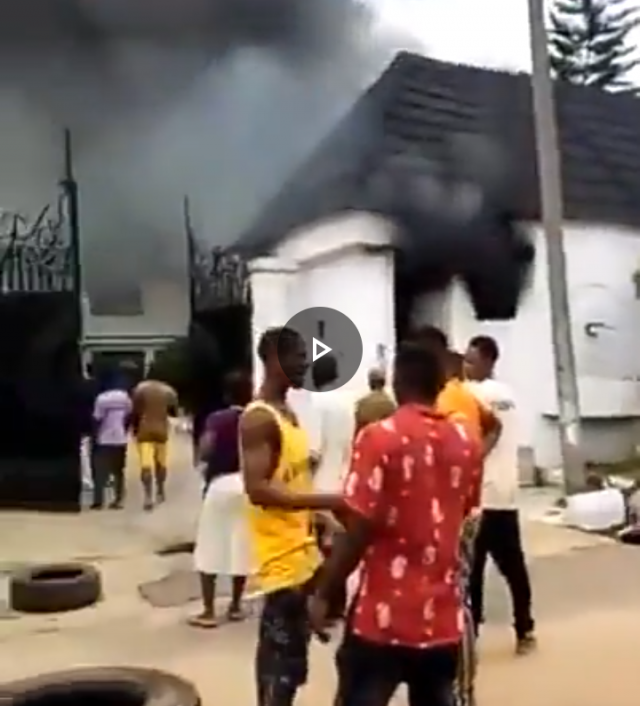 Unknown gunmen in the early hours of Saturday, attacked the home of Imo State governor, Hope Uzodinma in Omuma, Oru East Local Government Area of the state and set parts of it ablaze.

Two security guards guarding the house were said to have been killed during the attack, as the gunmen managed to access the building after exchange of heavy gunfire with security forces.

The gunmen also set the car park in the compound on fire, burning several vehicles.

The state Commissioner for information and Strategy, Declan Emelumba, confirmed the incident.

He also confirmed that two security men at the governor’s house lost their lives during the attack.

Police stations have also come under attack in the region, with many officers killed.