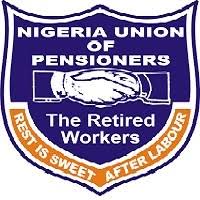 As Christians all over the world celebrate crucification and resurrection of Lord Jesus Christ this year, pensioners in Osun state under the umbrella of Nigerian Union of Pensioners (NUP) have rejoiced with the government and citizens of the state particularly, the Christians for witnessing this year’s Easter celebration, just as they harped on adhering to the lesson taught by the death and resurrection of Jesus christ .

The Union in a congratulatory message issued and signed by Alhaji Ganiyu Salawu and Comrade Dele Aina, the state chairman and secretary respectively, copies of which were made available with the newsmen in Osogbo on Friday, urged the Christians to exhibit the habit of love as enshrined by the Lord Jesus Christ who laid down his life for the salvation of mankind.

Osun NUP also enjoined the Christians to use the occasion in praying for God’s divine protections for the state and the country at large in this critical insecurity period.

The pensioners who commended the state government under the leadership of governor Adegboyega Oyetola for priotrising the welfare of its citizenry especially the pensioners who have toiled day and night in serving their fatherland also enjoined the governor to do more in order to elongate the life’s of these aged citizens.

The release also indicated that though the current government is trying in prompt payment of the pensions arrears but urged them to intensify effort in the payment of gratuity for these old aged citizens.

Osun NUP however implored the citizens to be moderate in celebration and observed all the precautionary measures put in place by the government to avert spreading of the deadly coronavirus ravaging the world.