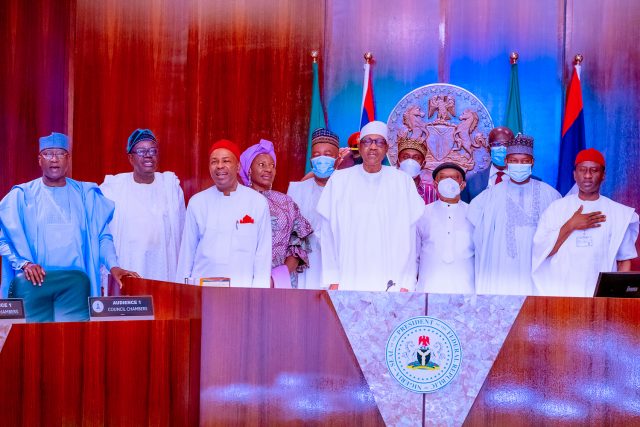 Nigeria’s president, Muhammadu Buhari on Friday, held a session with 10 outgoing ministers in his cabinet at the presidential villa in Abuja, to officially bid them farewell.

The ministers are those who have declared intention to run for political offices in 2023 under the platform of the All Progressives Congress.

On Wednesday, the president directed all members of his cabinet seeking elective office in the 2023 elections to resign on or before May 16.

The directive is in line with the provisions of section 84(12) of the electoral act which states that: “No political appointee at any level shall be a voting delegate or be voted for at the convention or congress of any political party for the purpose of the nomination of candidates for any election.”