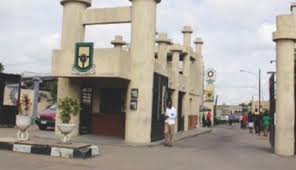 Months back, the former Bursar of Yaba College of Technology, Mr Olu Ibirogba accused the Rector of the institution, Dr Margaret Ladipo of embezzling 10 billion from the institution’s treasury.

“What I am trying to let the public and the world know is that there has been serial monumental stealing coordinated by Dr (Mrs. )Kudirat Ladipo. I have given so many documentary evidence against her to relevant agencies such as Federal Ministry of Education. I have written a reminder to them. I have given evidence to ICPC.I have given to EFCC and many others. Surprisingly, none of them has deemed it well to do anything about it. Rather, the ICPC referred my petition to that same Rector to constitute the panel to investigate it. I don’t know if an individual should constitute the panel. ICPC asked her to constitute a panel to investigate her. I think it is a complete mockery investigation…”

Dismissing the claim, the Governing Council Chairman Chief Ebenezer Babatope, said the Rector was transparent in her dealings.

He said: “Every contract awarded under the Rector’s watch went through due process, and no member of the Governing Council was in any way rewarded for facilitating her second term. She got it purely on the basis of merit, on the basis of her exceptional achievements in her first tenure in office.

“Dr. Ladipo, with the unwavering support of the Governing Council, and amid paucity of funds, has been able to consolidate on these amazing achievements of which both staff and students are exceedingly proud.”

A statement by the institution’s Public Relations Officer, Mr Charles Oni, stated that Ibirogba’s petitions were sent to the Federal Ministry of Education, Economic and Financial Crimes Commission (EFCC), Independent Corrupt Practices and other Related Offences Commission (ICPC), Inspector-General of Police, Chief of Staff to the President, HOSF and the Governing Council.

It said the council, at the HOSF’s instance, set up a five-man committee led by Hon. Shehuu Ibrahim Kagara to investigate the allegation. The panel, in a report dated September 13,2013 held that the Rector was not guilty.

The Ministry of Education through Mrs H.U. Abdullahi, Director Tertiary Education, also cleared the Rector on December 30,2013, saying she was exonerated from all allegations as they were baseless and spurious.

The Rector was alleged to have purchased a 650 KVA generator from Commint Nigeria Limited for 24 million without complying with the provisions of the Public Procurement Act. On May 18th 2010, she was accused of having awarded the repair of a 1.5 KVA generator to the same Commint Company in the sum of 9.5 million. She was also alleged to have incurred unapproved private hotel bills of about 25 million within a year. Also she was said to have single-handedly awarded the contract for the construction of roads and fence of the institutions Epe’s campus to an unknown contractor for 200 million.

November 27, 2022
Media aides of Peter Obi, the presidential candidate of Labour Party (LP), have explained why Bola Tinubu of the APC dreads facts and...

No to any wage increase