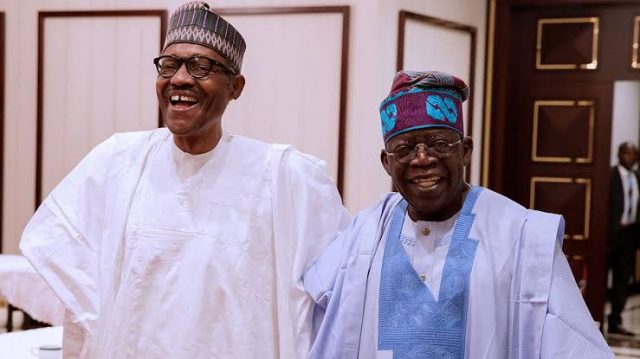 In apparent reference to Obasanjo who had on Saturday warned that Fulani herdsmen and Boko Haram were out to ‘Fulanise’ Nigeria and Islamise Africa, Tinubu said the country’s elders should tone down on making inflammatory statements.

A statement from the presidency said Buhari and Tinubu met in Makkah, Saudi Arabia, at an Iftar dinner (breaking of Ramadan fast).

Others in attendance were the Sultan of Sokoto, His Eminence, Alhaji Sa’ad Abubakar, and the Emir of Kazaure, Dr Najib Hussaini-Adamu.

According the Presidency statement signed by Buhari’s Senior Special Assistant on Media and Publicity, Mr Garba Shehu, Tinubu attacked the PDP, saying that its leaders made “saucy and distractive statements’’ because of their “colossal defeat” at the general elections.

“Don’t blame them. They are handicapped by the traumatic feelings of the colossal loss of the election,” he said. “You (Buhari) should help them to manage the trauma.”

Tinubu called on Nigerians to continue to support the Buhari administration ahead of his May 29 inauguration for a second term and beyond.

“The President worked hard and will continue to do so to ensure peace and stability in the country, which are important for the economy to make progress.

“These are the key pegs of his agenda. Let us all come together to support him,” he was further quoted to have said.