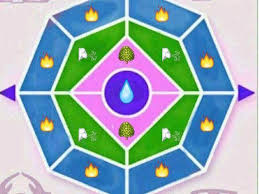 Driven by the lure of quick money, Nigerians have continued to embrace ‘Loom Money Nigeria,’ a Ponzi scheme, despite warnings by the Security and Exchange Commission (SEC). Loom is the latest Ponzi scheme to gain wide acceptance in the country after the collapsed Mavrodi Mondial Moneybox (MMM) – founded by the late Russian mathematician, Sergei Mavrodi, Giversdrive, Loopers Club, and a number of other schemes that swindled many people of their hard earned monies two years ago.

Initial participants did make ‘profit,’ as was the case with MMM which first collapsed in November 2016, returned in February 2017, before eventually disappearing months later. Some early participants made amounts ranging from a few millions to quite substantial amounts, but ultimately, later entrants bore the brunt. It’s a kind of robbing Peter to pay Paul. Participants hope to cash out quick before it collapses. Not many are lucky.

Loom, a peer-to-peer pyramid scheme follows similar principle as the collapsed MMM, as all Ponzi schemes which rely on the funds of new investors to payoff older investors. But unlike MMM which operated through a website, Loom has no website. Participants join via links to WhatsApp groups.

The scheme which was first reported in the UK in March had since spread to Australia before getting to Nigeria where many young people are now embracing it, claiming to have made thousands of naira by investing little amounts. Many Nigerians are aggressively promoting the ‘scam’ on social media, displaying wares they acquired from its proceeds, while inviting more people to participate.

“Loom pays,” said a participant, Pearl. “I invested N5,000 only, and it fetched me washing machine. We all can do it with N5,000. Loom is real. It cannot close because it’s not Ponzi, no site that will crash tomorrow”

Pearl who asked that this reporter pay N5000 to join her group, claimed a friend she introduced to her group on Tuesday who paid N5000, had already made N40,000 on Thursday. More people are embracing it, lured in by family, friends and even random strangers and encouraged by the urge to make quick money. There are, however, others who say they lost their investments.

“I was invited to Loom WhatsApp group by a friend and was encouraged to pay money into the account of the person whose name appeared at the centre of a diagram” one participant said. “I did and the next time I checked, everyone had deserted the group and I was made group admin.”

The Ponzi targets young people via social media – spread through WhatsApp, Instagram and Facebook – from where participants recruit others through a link to WhatsApp groups to invest money, much like a pyramid-selling scheme.

Experts say Loom is essentially about participants scamming family and friends by pushing them into it. According to them, it is simply about transferring money around to different people and then eventually the people at the bottom will get trapped.

“What they are looking at is to gain from the system before it collapses,” said Dr. Adi Bongo, economic consultant and senior lecturer at Lagos Business School.

“That is why despite the warning by the Economic and Financial Crimes Commission (EFCC) and SEC, they don’t care. They just want to get in there and take off early with comfortable profit.

“But of course it’s like this story about the squirrel and the nut in the bottle. The squirrel cannot leave the nut, but its head cannot exit the bottle neck because the nut in its mouth has swelled up its mouth such that it can’t exit the bottle neck. That’s how people get trapped in these Ponzi schemes. It happens time and time again. The herd behaviour is strong in this kind of thing.”

The scheme relies on new participants recruiting other people to join up and to part with their money as well. For everyone to make a profit there needs to be an endless supply of new members. This is unlikely. Number of people joining the scheme will reduce and it will eventually dry up, trapping newer entrants.

“It’s a Ponzi scheme just like the ones we have had in the past: Umana Umana and so on,” said Mr. Johnson Chukwu, CMD/CEO, Cowry Asset Management Limited. “There have been several Ponzi schemes that either originated here or were brought into the country. But it’s basically borne out of one thing: greed.

“When you expect to make an income that is not realistic within the economy where you operate, then you are likely in a Ponzi scheme,” Chukwu noted. “If  people don’t understand basic economics; if they don’t understand that nobody will pay you a return higher than certain percent of your investment, then they are likely going to fall into the hands of such scammers.

“Ponzi scheme is where the originator offers returns above what is realisable, pays early investors with the proceed of later investors until there is a break, or the rate at which payments are demanded is higher than the rate at which new investments come in. At that point, the scam will blow up.

“Recently, we had MMM. In the 80s, we had Forum Mortgage Bank, then Umana Umana.”

Chukwu attributed the growing acceptance of the scheme to ignorance and greed. “There is no society where you don’t find people who are gullible, either from greed or from lack of knowledge,” he said.

“These schemes feed on greed by promising returns that are not tenable. And pretending to meet those promises because like I said, what they do is that they pay early investors from the funds of latter investors.”

Few days ago, Acting Director-General of SEC, Ms Mary Uduk, at a news conference in Abuja, warned Nigerians against investing in Loom. Uduk who was represented by acting Executive Commissioner, Operations of SEC, Mr Isyaku Tilde, had noted that Loom Money Nigeria had taken over the social media.

“We are aware of the activities of an online investment scheme tagged ‘Loom Money Nigeria’. The platform has embarked on an aggressive online media campaign on Facebook and WhatsApp.

“They lure the investing public to participate by joining various Loom WhatsApp groups to invest as low as N1,000 and N13,000 and get as much as eight times the value of the investment in 48 hours.

“Unlike MMM that had a website and the promoter known, the people promoting Loom are not yet known and this pyramid scheme operates through closed groups mainly on Facebook and WhatsApp.

“If it were a local Ponzi scheme with known offices, it would be very easy for the Commission to seal their offices and freeze their accounts. We therefore wish to notify the investing public that the operation of this investment scheme has no tangible business model hence it’s a Ponzi scheme, where returns are paid from other people’s invested sum.”

Apparently, SEC’s warning has not dissuaded many from proceeding with Loom and from inviting others too. For Dr. Adi, more needs to be done beyond warning.

“Rather than sending out warnings here and there, what the responsible agencies of government like the EFCC should do is to track the perpetrators of these schemes, arrest them and charge them for financial fraud,” he said.

”It’s a simple algorithm, these things cannot go through the seventh round. By the time they pay the first phase of people from the money brought in by the second phase; they pay the second from the third. Before it gets to the 7th round, there isn’t enough money. By then they will increase the pool, cash out a lot of money and disappear.”