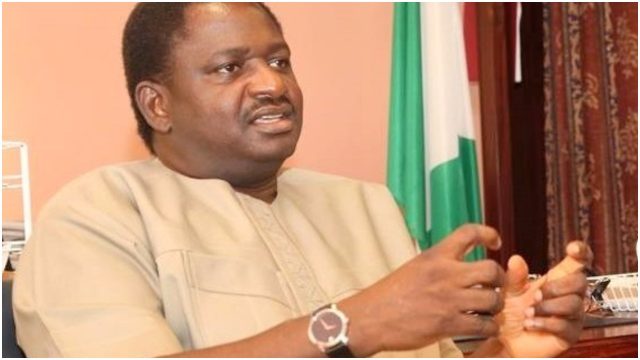 President Muhammadu Buhari’s special adviser on media and publicity, Mr. Femi Adesina, has accused some Nigerians of stereotyping Fulani herdsmen and associating them with crime.

Adesina made the comment in an interview with an online newspaper, while stating that some of the issues raised are exaggerated. According to him, despite the challenges, Nigeria is still very solid, even as he expressed optimism that the challenges would soon be over.

He also stated that government is not the only institution responsible for security, stressing that security is a collaborative effort between the government and the governed.

Adesina said: “The herdsmen/farmers’ clashes are causing security challenges. There are also political Fulani herdsmen; those ones have been created by hidden hostile hands who want to de-market the government.

“The Fulani issue is there but it is no way near what has been trumpeted, and what has been claimed. To some people in the media, there is no other criminality in the country except Fulani herdsmen.

“Even when other criminals strike, it is Fulani herdsmen. It is stereotyping. It is finger-pointing which is not based on facts. I am not saying that there are no challenges about Fulani herdsmen due to climate change, dwindling resources and things like that. Yes, we have those challenges. But it is not every criminality perpetrated in the country that is done by the Fulanis.

“We have always lived with Fulani herdsmen in this country. They drive their cattle from different parts. When the rains are here, you see them. They move southwest and they get forage for their cattle and all that. And when the rains go and the water recedes, you find them following the water as it recedes. In the process, they drive their herds into farmlands and it becomes an issue. There was a way that problem was settled in this country before.”

“The problem was there in the first republic, even in the second republic. But it was not as bad as we have it now because climate change has affected vegetation and the water table. Lake Chad, for instance, is ten percent of its former size. That has seriously affected grazing and availability of resources because the herdsmen follow the water. They follow where there is green grass to feed their animals.”