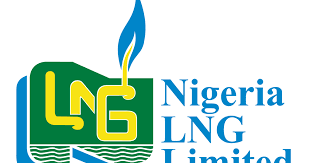 The Nigeria Liquified Natural Gas Limited (NLNG) and Total Gas and Power (TGP) have signed LNG Sale and Purchase Agreement (SPA) for some of the remarketed volumes from NLNG’s Trains 1, 2 and 3.

This is disclosed in a statement signed by Eyono Fatayi-Williams, NLNG General Manager, External Relations, in Abuja, on Wednesday.

She said the agreement was for the supply of 1.5mtpa for a 10-year term on a Delivered Ex-ship and Free on Board (FOB) basis.

According to her, Tony Attah, Managing Director and Chief Executive Officer of NLNG, signed on behalf of the company while Thomas Maurisse, Senior Vice President LNG, signed for TGP.

She said that the agreement was in line with NLNG’s drive to continue to deliver LNG globally in consolidation of its position as one of the top ranking LNG suppliers in the world.

“The SPA with TGP advances the plans by NLNG to remarket volumes from three trains.

“The SPA is expected to boost the company’s global presence and market reach, in line with its corporate vision of being a global LNG company, helping to build a better Nigeria,” she said.