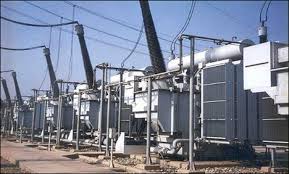 Former Minister of Power, Professor Frank Nebo, has said that there is indeed something quiet faulty, if not insane in the operations of the electricity power environment in Nigeria describing it as a case of ‘one step forward and two steps backward.’

Speaking at a Power Sector Conference convened by Wartsila Nigeria and held in Lagos on Thursday, Nebo called on the current managers of the power sector to be somewhat more flexible in their assessment of the situation.

Nothing that ordinarily, the rule of thumb for professionals in the sector was to ensure that for every 100MW of generated power, there has to be in place a 150 MW transmission capacity and a 200MW distribution capacity, he stated that the situation, particularly as it has to do with transmission today was completely deficient.

He said that rather than continue to grope endlessly in search of mega-power stations that we have not really demonstrated great capacity in managing, the pragmatic way forward is to adopt a new model of building and deploying miniaturized power plants. He stated that a quick solution then would be to proliferate many of these plants all across the country in the form of embedded generation plants even if that would also mean that they are essentially de-linked from the national grid.

He also made a strong case for energy storage saying that that is the way of the future and asked the current managers of the nation’s power arena to partner with firms like Wartsila in ensuring the delivery of basic power infrastructure that the nation can use most productively.

In his presentation, ‘Gas and Renewable vision: Flexibility of a Power System,’ Mr. Wale Yusuff, MD, Wartsila Nigeria noted that in line with increasing demand and associated realities, gas was already becoming the king fuel of choice in the power sector environment even for oil and gas firms operating in the country.

Noting that there had been some progress of sorts on resolving the challenge of achieving cost-reflective tariffs in the sector, he however expressed the view that there were still substantial environmental and standards issues in the Nigerian power environment that were still begging to be addressed and resolved.

Among other suggestions then, Yusuf called for decentralized power generation solutions, the adoption of the modular power solutions framework, flare gas utilization, improved efficiencies, less fuel consumption and a greater integration of renewable solutions and offerings in the overall power sector implementation plan and process.

Beyond Yusuf’s presentation, participants were also availed of the global and continental configurations of the power environment, and particularly as it could impact on Nigeria going forward.

One significant presentation here was that of Marc Thiriet, the Director, African Solutions at Wartsila who explained that the market case for shifting to renewable power solutions from fossil fuel based ones was increasingly being boosted as with marked improvements in the technology arena, they were getting to be more economical.

Noting that the fossil fuel share of the total global power generation tally was presently put at about 57 percent, he reported that this was going to progressively change with renewable being projected to account for as much as two-thirds of the world’s total stock of energy generation by 2050. He also highlighted the fact that Africa was one of the regions of the world where the transition to renewable was being boosted and growing.

Adding a more specific national punch to this point, Frederic Baralon reported on a simulated study on what the Nigerian national grid would look like in 2030. He talked of a projected capacity of 32GW broken into a combination of inputs from different feed sources with baseload and flexible gas clearly topping the charts. In the overall mix also, he reported that there would be infusions of solar, biomass, coal, hydro and wind energy feed sources deployed on a combination of engine solutions, that would more than ever before also be backed by a greater infusion of smart technology.

In his Customer-centric presentation, Mr. Lanre Opakunle of Lafarge West Africa said that in Wartsila, Lafarge had currently found a quite helpful partner as the power efficiency situation at their combined 200MW undertakings at Ewekoro in Ogun State and Mfamosing in Cross River that generated 400,000MW hours of power annually under an Operation and Maintenance contract for their fuel-flexible captive power plants, attested to.

He said that not only had they been assured of regular power for plant operations but that they had also made savings on costs over the long haul and now used the national grid only as back-up.

Waxing patriotic, Opakunle said that he hoped that some of the gains that Lafarge had enjoyed from their collaboration with Wartsila could be transmitted to the nation overall and also reported that even as a first step in this direction, Lafarge was already exploring a collaboration with Wartsila towards the establishment of a generating plant that would serve the nation even more broadly.

Overall, participants equally noted the imperative of de-risking the projects arena in the country so as to make it even more attractive for genuine investors. They also were of the view that since the Azura project, it had not been easy to replicate any other comparable project of its size in the country.

In particular, Nicholas Mathon of Wartsila said there was a need to do away with the mindset that there was easy money in the power arena even as it was necessary also for innovative and creative financing approaches to be worked into projects. He equally made a corollary case for jointly leapfrogging the sustainable and the environmental going forward.

The energy and technology solutions provider, Wärtsilä, is a Finland-originating global player and for good measure, the event was attended by the Ambassador of Finland to Nigeria.