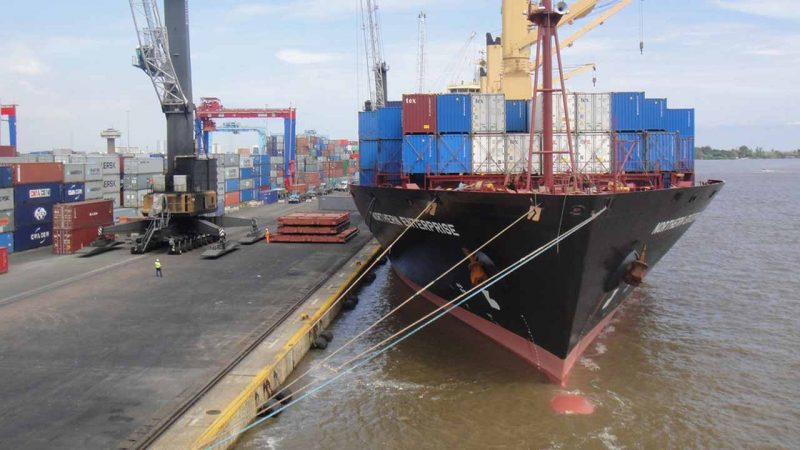 The Federal Government on Monday affirmed its commitment toward reducing cost of shipping to boost trade in Africa.
Vice President Yemi Osibanjo made this known at the Sub-Regional Summit on Unfair Shipping Surcharges and High Local Shipping Charges at the Ports of West and Central Africa in Abuja.
Osinbajo, represented by the Minister of Transport, Rotimi Amaechi said Federal Government was aware of the disturbing cost of transportation of goods through the ports in the sub-region due to freight rates and arbitrary imposed surcharges.
He said that the government was equally mindful that member-states of the Union of African Shippers Council (UASC) were concerned of the lack of consultation, timing and structure of these surcharges.
The vice president said the aim of the summit was to adopt a common position on how to reduce the incidences of unfair surcharges and related issues.
He said that government through the Nigerian Shippers’ Council (NSC) had put in place machinery to address some of these challenges posed by high cost of doing business in the country.
“There is need for West and Central African countries to come together and adopt common political diplomatic and operational strategies that will positively impact on economy of the sub-region.
“This can be done through the constitution of a standing group of experts to represent the sub-region and engage ship owners on surcharges and related issues.
“Nigeria will not hesitate to take appropriate measures including legislation to check these unfair trade practices.
“And I affirm the commitment of government to adopt the resolutions reached at this meeting and our determination to implement them to reduce cost of doing business, boost trade and develop the sub-region,” he said.
Meanwhile, the minister in his address reiterated the need for the UASC member states to collaborate to check activities of shipping lines servicing the ports in the sub-region.
Amaechi also stressed the need for a direct consultation with the ship owners rather than use of third parties to reduce cost.
“The Federal Government through the NSC has been using its influence in the Global Shippers’ Forum (GSF) to resolve cases affecting Nigeria’s trading interest,” Amaechi said.
Mr Hassan Bello, the Executive Secretary of NSC, while reiterating the importance of collaboration between UASC member states, said NSC had been engaging Nigeria’s shipping lines on reduction of shipping charges.
According to him, reduction of cost is the responsibility of all stakeholders including the government in ensuring the provision of modern, efficient, integrated and connected transport infrastructure.
“It is also important that government encourages transparent processes and procedures and generally ensure that an efficient, competitive and friendly environment is created.
“It is important to state that in the long run, arbitrary and unilateral increase in charges will not benefit operations or general procedures in our countries.
“Transport should be appropriately priced with the aim of providing balance and equilibrium,’’ Bello added. (NAN)