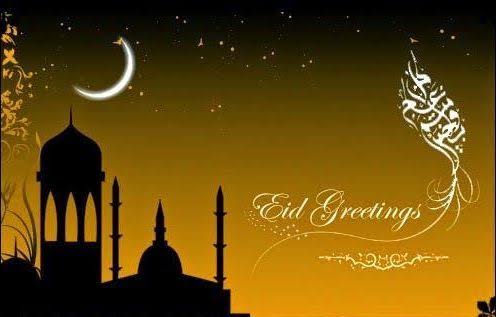 The senator representing Osun East Senatorial District at the national assembly, Senator Francis Adenigba Fadahunsi and the Deputy Governor of the state, Benedict Alabi, have congratulated Muslims on this year’s celebration of Eid-el-kabir.

Congratulating the Muslim faithful in a statement made available by his media Adviser, Sam Segun-Progress on Friday, Fadahunsi charged Nigerians in general to adopt the fundamental principle that gave birth to thecelebration which, according to him, is the knowledge of Allah which His prophet Ibrahim had that made it easy for him to obey the instructions of Allah to the letter.

In his words “knowledge is a powerful tool that can deliver the oppressed from the oppressor and thereby giving hope to the hopeless.

“It’s only knowledge that can save Nigeria today and can move the nation forward from where we are at the moment to where we ought to be.”

Fadahunsi also enjoined the Muslim community and by extension all Nigerians to use this period of celebration not just to celebrate but to engage God in prayers for the emancipation of the country.

He went further to challenge Nigerians to stand up and seek after knowledge and it’s application to ensure that we do what is right for our dear nation to attain it’s place of pride in the comity of nation’s across the globe saying that our country has all it takes to be a world power if only as a people we can be emboldened by knowledge.

Similarly, Osun deputy governor, Alabi, felicitated with Muslims around the world, on the occasion of this year Eid-al-kabir.

He said the festival remains significant in the Islamic world as it instills the spirit of obedience and conviction of total submission to the will of Almighty Allah in every Muslim faithful.

Alabi added that the rare obedience and utmost sacrifice displayed by Prophet Ibrahim should be a guiding principle of every Muslim and many others .

The Deputy Governor made the remarks in a press release signed by his Chief Press Secretary, Olaniyi Ajibola, copies of which were made available to newsmen in Osogbo, the capital of Osun.

He said: “I heartily rejoice with all Muslims around the world, and the state of Osun in particular, as I enjoin every individual to emulate the exemplary attribute of obedience and total submission to the will of Almighty God as prophet Ibrahim exhibited.

“Surely, the present challenge of ravaging pandemic would be a thing of the past if we completely submit everything to our creator and comply with necessary protocols of medical experts to contain the spread of the virus at our various communities”.