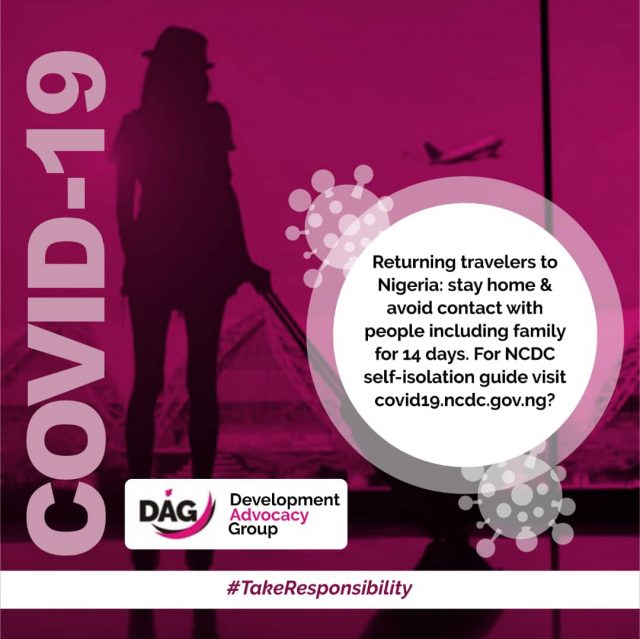 An Non Governmental Organisation, the Development Advocacy Group (DAG) in osun state has made a passionate appeal to the Federal Government to support the state in the fight against coronavirus pandemic.

The group In a statement by its Publicity Secretary, Mr Wasiu Ibraheem, DAG observed that Osun State which had responded to the cases of the reported infection in the country had not received any financial support from the Federal Government.

The statement explains that, the state government alone responsible for the cost of managing the twenty cases recorded in the month of March, enforcements, advocacy and palliatives, including the treatment of thoae were not indigenes of the state.

Mr Ibraheem argued that had Osun state not acted swiftly and patriotically and the individuals were released to their States of origin,without verifying or treating their COVID-19 status, the consequence would have resulted in community transmission in their various locations.

He said, there was no doubt that Lagos as the epic centre deserved more attention than anywhere else in the country, but other states with high number of cases also deserve some assistance, no matter how little.

The DAG publicity secretary also appealed to other well to do indigenes of the state to support the government with their resources, particularly in the area of giving palliatives to the people in this trying moment.