These are not the best of times for operators in the aviation and travel industry as caution to avoid travelling to some parts of the world intensifies amid growing concerns about the dreaded Coronavirus disease currently plaguing the world.
Checks by BusinessHallmark revealed that the growing fear of the highly infectious disease is taking toll on the patronage of airlines and travel agencies across Nigeria just like other parts of the world as travelling has now become a more risky venture. 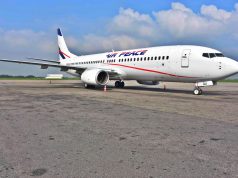