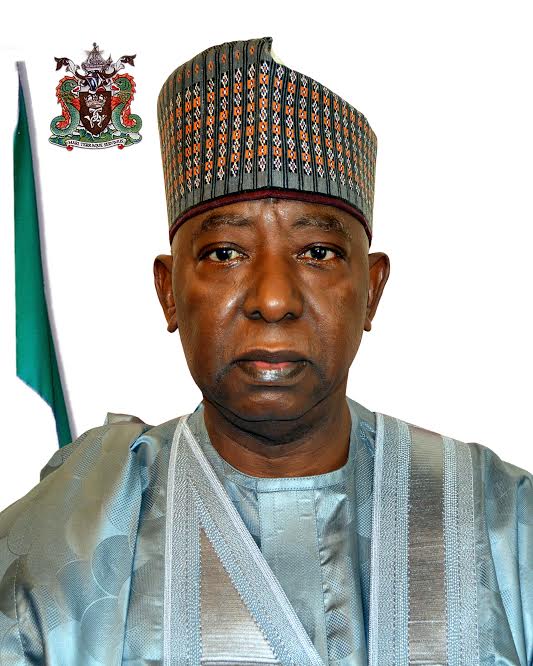 The Managing Director of Calabar Channel Management Company, the joint venture company handling the dredging of the long and highly siltation Calabat port channel, Mr Bert Van Eenoo, has cleared the air on the raging controversy surrounding the contract.

The dredging exercise, which has been the subject of controversy since it was awarded by the erstwhile government of Goodluck Jonathan, was meant to deepen the problematic channel to accommodate jumbo sea-going vessels.

Shedding more light on the award of the contract and the payment recently made by the Nigerian Ports Authority(NPA), the joint venture partner of Niger Global Engineering and Technical Company Limited(NGET) for which has become a subject of conjecture, Mr Eenoo, disclosed that the formation of the joint venture agreement with the NPA which later metamorphosed into the Calabar Channel  Company(CCM), received the presidential approval and followed due process.

‘’In January 2012,the Federal Ministry of Transport via a correspondence Ref No. T.0160/S.107/IX/562 sought Presidential approval to allow Nigerian Ports Authority (NPA) to partner with Messer’s Niger Global Engineering and Technical Company Limited (NGET) for the management and maintenance of the Calabar Channel.

‘’ On November 6, 2012,in a correspondence ref no. PRES/99/MT/127,Presidential  approval of the JV between NPA and (NGET) which gave rise to Calabar Channel Management was conveyed to the NPA and a Joint Venture agreement between the NPA and the Messer’s Niger Global Engineering and Technical Company which is a 15 year channel management agreement, was subsequently signed on July 25th, 2013.

‘’ Under the agreement, the NPA and Niger Global Company resolved to establish a limited liability company known as Calabar Channel Management to perform the statutory duties of the of NPA in the capital and maintenance dredging, quarterly bathymetric survey, buoy maintenance and surveillance, wreck removal, visual pollution, monitoring and reporting, planning and management of the maintenance dredging operations in Calabar Channel, training of the staff of NPA and any other activity which will enable the parties to achieve the objects or business of the company’’, Ennoo disclared.

He further revealed that in the fourth quarter of 2014, CCM submitted invoices for payment covering dredging and administrative expenses after certification by the NPA project resident hydrographic surveyor and the technical auditor, CARES.

‘’Out of this amount, the NPA has only paid $7,500, 000 to the CCM on 8th June, 2015, two years after the commencement of the contractual agreement while it was agreed that the balance of the reimbursement is to be paid later.

‘’ It should be pointed out here that the NPA Project Resident Hydrographic Surveyor and technical auditors on the project; CARES Ltd, were actually on board the dredger during the campaign and payment was effected only after they verified that what was presented tallies with the work done and in accordance with the Joint Venture (JV) agreement.

‘’It is also pertinent to note that this is the standard operational and certification of payment procedure that are applied for other channel management companies under the port authority.

Eenoo declared that the processes and procedures for the payment by NPA to CCM for the work done so far were not compromised and followed due process and international best practices.

‘’At every stage, the management of NPA subjected the contract and its payment to strict and regoirous due process’’, the CCM boss asserted.

He however accused those he described as ‘’members of a cabal who lost out in their bids to get the dredging contract’’ of waging a campaign of calumny against the CCM, adding that the company never abandoned dredging site as being erroneously bandied about.

‘’The losers in the contract with a cabal in the sector were not happy with the tremendous progress made by CCM to dredge the Calabar Port which in the past remained a drain on the national treasury.

‘’ The activities at the Calabar Channel were similar to those at the Bonny and Lagos Channels and i wondered why the losers would single out Calabar Channel to put it in bad light’’, the CCM boss observed.

Eenoo stated that several milestones had been achieved at the channel with a minimum depth of six metres as against the less than five meters depth datum last year. He stated that the target of the CCM is to ensure that, even at low tide, the port will not go down below 5.5 metres.

According to him, dredging and buoyage maintenance would be intensified in the months ahead, adding that the high areas at the Calabar Port are KP 74 and KP 75 which the CCML had focused attention on to attain the current 6.3 metres depth and the envisaged 10 metres datum.