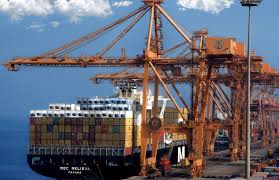 Some aggrieved staff of the Nigerian Maritime Administration and Safety Agency (NIMASA) have accused the Director-General of the Agency, Patrick Akpobolokemi, of importing what they described as ‘strange personnel practice’ into the parastatal which they feared may lead to the destruction of the agency.

The complainants, who claimed the staff of the agency have been traumatised and abused by this ‘alien ‘practice, alleged that since 2010, when the present NIMASA helmsman took over, he has engaged in what they called curious recruitments and lopsided promotion exercises which defiled all known practice and norm in the civil service.

According to them, the questionable recruitments and promotions were skewed heavily in favour of the South-South geo-political zone which incidentally is the same region the DG comes from.

In a lengthy petition addressed to the Minister of Transport, Senator Idris Umar and copied to the Secretary to the Government of Federation(SGF); Head of Civil Services of the Federation; Chairman, Civil Service Commission; Chairman, Federal Character Commission; Permanent Secretary, Federal Ministry of Transport (FMOT); Permanent Secretary, Ministry of Labour& Productivity; Chairman and members of NIMASA Board of Directors, the petitioner claimed that Akpobolokemi elevated favourism and nepotism in the agency through his style of leadership.

“We wish to respectfully put forward a formal complaint to you sir, as protest on the current trend in Personal Management practice introduced by the present Executive Management of NIMASA in the name of reform by its administration.

“The Personal Management Style brought into the system is alien to both Public and Private Sector Personnel Management practice in Nigeria and, perhaps, beyond.

“From 2010 when the present Executive Management assumed office Appointments, Promotions and Disciplines took a new dimension that is not only dangerous but a path of total destruction of the system.

“The new approach introduced from 2010 turned logic upside down in personnel practice.

The management carries out these questionable exercises through a phantom consultancy outfit that had no clear understanding of Personal Management Practice in Public Service with respect to guidelines on Staff Appointments, Promotions and Discipline.”, the aggrieved workers claimed.

They bemoaned that this consultancy firm was being paid huge sum of money for an exercise that could easily be carried out by Human Resources Department and Establishment Committee of the Board of Directors of the agency.

“The Consultant merely played out a script designed to block and stagnate existing officers of the Agency on GL 08 to 17.

“All the new employments made through this consultant never took into account the availability of vacancies and the status of the staff already on various grade levels,” the workers claimed.

In a graphic form, the petitioners alleged that majority of the beneficiaries of the lopsided recruitments and promotions exercise are the kinsmen of the DG who were recruited and promoted above their superiors in the agency.

In a graphical details provided by the petitioners, they claimed that 24 staff in the high cadre positions of grade level 15 and 17 were involved in the controversial recruitments and promotions exercise.

They claimed that none of the beneficiaries merited their new position based on the entry qualification into public service, years of graduation, experience in public service and principle of Federal Character.

They lamented that the beneficiaries were promptly promoted to their present positions barely one year after their recruitment.

Apart from this, the petitioners pointed out that out of the nine key directorship positions in the agency, South-South takes five slots, South-East has 2 slots while North-Central and South- West have one slot each.

They warned that if all these lapses were not corrected, the agency may be seating on gun powders which may explode sooner that expected.

OsamgbiIsichie, the Deputy Director, Public Relations of the agency dismissed the allegations which he said were being peddled by faceless group.

I don’t respond to the so called petition that was unsigned. It is unethical and unprofessional”, he told our reporter who was pressing his for the reaction of the management.

He advised maritime journalists not to dissipate their energy on unproductive undertakings such as the petition. Rather, the NIMASA image maker wanted discussions to be focused on events and activities that will elevate the industry such as the efforts of the agency to safeguard the interests of indigenous ship owners over the phase out of single-hull vessels by the International Maritime Organisation(IMO).