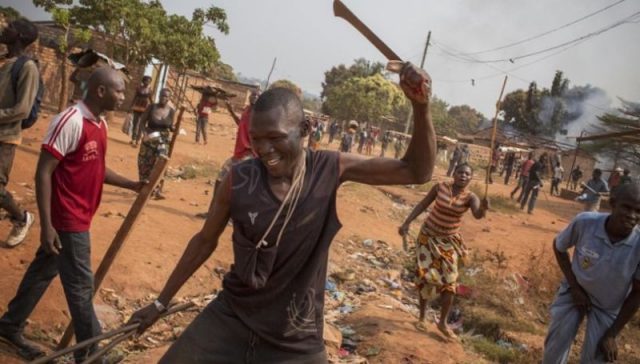 Gunmen suspected to be herdsmen have reportedly killed 16 people, including women and children, in an attack on Eboh Autonomous community in Eha-Amufu, Isi-Uzo local government area of Enugu State.

According to reports, the fresh killings occurred on Thursday when the gunmen suspected to be herdsmen along with collaborators from Benue State launched an attack on Eboh Ishialu village.

Community sources said the assailants wore military uniforms, which deceived the people and made them relax when they first saw them.

Some residents said that as of 9 am on Friday, the number of bodies recovered was 16 and that a search for missing people was still ongoing.

Several people also sustained gunshot injuries while about seven houses were razed by the invading assailants.

Ndukwe Olinya, a native of Eboh Ishialu, was quoted by SaharaReporters to have said that it was difficult to determine the number of people killed because so many people had deserted the community.

He said, “We have recovered 16 bodies of our brothers and sisters killed. Among the victims are five women and seven children. The number could rise as the search continues. The assailants wore military uniforms and that was why they got many people. People felt that they were soldiers who came to protect them and relaxed before they suddenly opened fire on the people.

“We believe they were not only herdsmen, some of the assailants are from Benue State.”

A community leader, Chief Maxwell Olinya, while corroborating Odoh’s account, said, “Thursday, December 8, 2022, is the darkest day in the history of Eboh community. I lack the words to describe what is happening in my community. The security agencies are not helping us.

“The soldiers are only at checkpoints on the major roads harassing motorists. The attacks don’t come through the roads. They’re in the bushes. Why can’t the government deploy drones and attack helicopters to check the bushes? You see military helicopters when they (soldiers) are chasing members of the Indigenous People of Biafra (IPOB) and its armed wing, Eastern Security Network (ESN). Although, some of them are criminals like seen in the Nigerian security agencies.”

A spokesman for the community, Ngele Odoh, confirmed the casualty figure, noting that when the police commissioner and his entourage visited the community on Thursday evening, they saw some of the bodies.

“They even took away six bodies. Some relations didn’t release the bodies of their brothers and sisters to the police because of the extortions that usually follow after they take the bodies away before they would be able to bury them,” he said.

When the SaharaReporters reached out to the spokesman for the state police command, DSP Daniel Ndukwe, he declined to comment.