ZKTeco, a biometrics technology firm, has said it plans to establish its business in Nigeria that will serve as the hub for the sub-Saharan market. The Chinese company, with operations in over 35 countries, also plans to establish a research and development centre in the country.

The global president and founder of ZKTeco, Mr John Che, who was in the country on a working visit, gave this indication recently in Lagos at an interactive session with journalists organized by its local partner, SB telecoms and Devices Limited.

According to Mr Che, Nigeria was considered to act as hub for the rest of Africa because of the country’s strategic position on the continent, including its population, the market size, the GDP, as well as the government’s efforts to transform the economy via its diversification agenda and encouragement of foreign investments. Along with the office will be the establishment of an R&D centre at the University of Lagos to take advantage of the abundant local talents to create solutions that can run on ZKTeco platforms.

“ZKTeco already has a presence in South Africa and Egypt, but based on our growth objectives and the fact that Africa has a strong growth prospect, we decided to increase our stake in Africa and we identified Nigeria as the epicenter of Africa, representing the strongest growth prospect on the continent, with opportunities to collaborate on its identity management and biometrics standard needs,” Mr Che said.  Chief Executive Officer of SB Telecoms and Devices Limited, Mr Afolabi Abiodun, added that ZKTeco’s relationship with Nigeria started about eight years ago when SB Telecoms became its accredited partner in Nigeria, also servicing the West African sub-region.

Mr Che stated that with ZKTeco’s expertise in biometric technology, identity security management, and time management, the company hopes to collaborate with Nigerians, both in the private and public sectors, in line with the company’s growth objectives, to help fast track the country’s development.

Biometric technology, the ZKTeco boss said, is the future of society. He stated that Nigeria will achieve its developmental goals faster if it got its biometric identity management right. He gave the example of China’s remarkable growth over the past three decades, which he said was largely driven by the Asian giant’s ability to establish a robust identity management process. “Identity management through biometrics is very critical to growth and development. Biometrics helps to drive the efficient management of time and resources, helping to boost productivity,” Mr Che said. He gave the example of the efficient immigration processes in China today due to biometrics deployment compared to the laborious practice of the past to buttress his point.

He said for a meaningful and sustainable development, it is imperative that government undertakes a robust database that will help in the effective management of people and resources. “A country’s development aspirations must be matched by biometric standard. If you don’t have this the country will waste huge resources without commensurate result,” Mr Che said.

While commending the government for its efforts at building a comprehensive database for the country through its data capture exercises, Che, however, said there is a need to synchronize the different biometric exercises to ensure a national database.

ZKTeco’s products are in use in 180 countries, with subsidiaries in over 35 countries, including the US, Russia, Mexico, and South Africa. The company has 14 R&D centres across the world and a wide array of private and public sector clients. 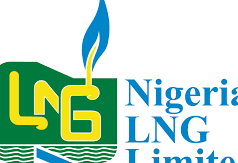 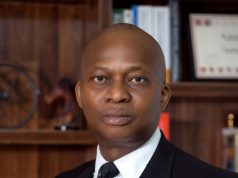 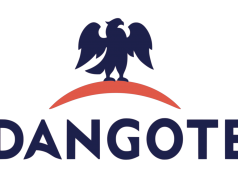