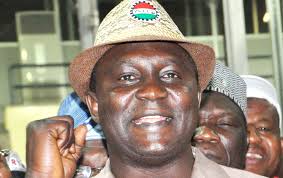 The Nigeria Labour Congress (NLC) on Thursday in Abuja expressed commitment to reconciling and uniting all the factions in its rank.

The president of the congress, Dr Ayuba Wabba, expressed the commitment at the News Agency of Nigeria (NAN) Forum.

He said that the splinter groups within the union had created unavoidable challenges for the leaders, hence the need for reconciliation and unity.

“It is true that we had challenges after our conference but it is usual in every system because the road is not also limited to NLC.

“Every system and every organisation in our country also have had its own share of the challenge.

“So, part of the challenge is what our colleagues did, saying that they don’t agree with the outcome and instead of also following the process through the normal channel of either arbitration or resorting to normal processes, they then went to declare themselves.

“Certainly two wrongs do not make a right and we don’t lament over that; they are our colleagues and we have made every efforts to try to bring them in, including the efforts made by our veterans.

“All of them have been on the issue of reconciliation and we are committed to that, but it takes also two to tango.

“While we have been able to forfeit all our own commitment in trying to accommodate our colleagues and ensuring also that we have a very strong united NLC, despite of our strength.

“Even if it’s one person that has deviated, we are trying our effort to bring them in but that will not also water down our engagement, we will be focused, we will be committed.

“Our work will also speak for us.“

He said that the NLC leadership would always represent the interest of workers and initiate policies and programmes that will promote good governance.

Wabba said that though NLC was passing through a rough patch at the moment, it would emerge stronger, united and better focused.

He said that the International Labour Organisation (ILO) was against child labour and the casualisation of labour.

“It’s even against our national laws. Therefore, casual labour is unacceptable; it’s something that we have a convention of the ILO against and therefore if something is illegal, it can’t be allowed to continue in our country.

“I will get my colleagues together and drive the process of a transformation so that workers wherever they are, whether they are unionised or not, should be able to first be unionised and then have a decent working environment.

“There should be dignity in labour and therefore that is one issue that is on the table for my leadership,“ he said.