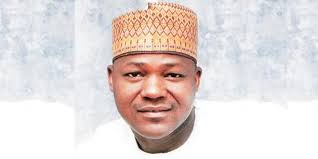 The House of Representatives ad-hoc committee investigating the non implementation of the capital component of 2015 budget on Thursday requested for comprehensive report on the revenues generated and allocations made so far to the three arms of government over the past eight months.

The committee, chaired by Aliyu Ahman-Pategi (APC-Kwara), also issued a five-day ultimatum to Godwin Emefiele, governor of the Central Bank of Nigeria (CBN) and Anastasia Daniel-Nwaobia, Permanent Secretary of Federal Ministry of Finance, to present their reports.

Speaking at the opening of the public hearing, Pategi directed the newly appointed Aliyu Gusau, Director-General of Budget Office of the Federation; Elias Mba, chairman of Revenue Mobilisation Allocation and Fiscal Commission (RMAFC); Fiscal Responsibility Commission and other agencies and parastatals to furnish the committee with details of the capital budget implementation on Tuesday, September 15, 2015.

He lamented that the implementation of the capital component of the 2015 budget was abysmal nine months to the end of the year.

“However, there is nothing to show the implementation of the capital provisions by the federal executive branch despite the fact that we are in the tail end of the 3rd quarter of the financial year.”

Pategi who kicked against selective implementation of the capital component of the previous Appropriation Acts by the past administration, noted that such action was in breach of the constitution and detrimental to the whole process.

The lawmaker, however, applauded the resolve of President Muhammadu Buhari on the introduction of the Treasury Single Account (TSA) which he noted will block leakages and shore-up revenues accruing to government’s coffer.

“In applauding the recent pronouncement by President Buhari directing the payment of all government revenues into a Treasury Single Account (TSA), a position the National Assembly had all along canvassed and insisted upon over the years, we have no doubt that this directive if strictly adhered to, will bring more revenue to all tiers of government and change the dynamics of the Nigerian budget process.”

Following the absence of the Permanent Secretary of the Federal Ministry of Finance, members of the committee unanimously resolved to postpone the exercise, just as they expressed displeasure over non-adherence of most of the agencies to the terms of the letter of invitation.

Gusau, who represented the Permanent Secretary of the Federal Ministry of Finance, explained that she was on official assignment with President Muhammadu Buhari to welcome the Togolese president to the country.

In their remarks, Ita Enang, senior special assistant to the president on National Assembly matters (Senate), who appealed on behalf of the permanent secretary, assured that President Buhari would not condone any disrespectful act towards the parliament.

In his ruling, Pategi said, “Following the appeal from Senator Ita Enang and the insistence from my colleagues that the permanent secretary must appear, I want to rule that we will adjourn this hearing till Tuesday next week. We are also inviting the governor of the Central Bank of Nigeria to come and make his presentation on Tuesday.”

He advised all the seven agencies invited to furnish the committee with details of the capital budget as regards releases and implementation.

“What we ask for is not your departmental budget but the 2015 capital budget outlay. We expect you to give us details of the capital component and the various releases.

“I want all the seven agencies to ensure that whatever figure they give us, they should go and confer with the accountant general. Nigerians want transparency and accountability and that is what the government of today is driving at.”