On Sunday last week, over 40 African migrants reportedly drowned in the Mediterranean Sea en-route to Europe in search of better lives. But that’s just one incident in what has become a common occurrence at the sea.

Last month, the number of those who died was by no means less. Between Tuesday and Friday of the preceding week, 8, 300 migrants were rescued by Italian coast guards; a good number of them could not make it alive. In fact, the Mediterranean has become a mass grave of sorts to African men and women seeking a rarely existing ‘better life’ in Europe, a tale of unending sadness.

This year alone, tens of thousands of Africans have taken this dangerous voyage with the hope of getting to Europe, often in old overloaded vessels; a few did make it to their destinations, many ended up in refugee camps, yet hundreds have perished at sea.

As of mid April, a United Nations (UN) refugee agency reported that over 1,700 people had died or gone missing in the sea. Compared with last year’s total deaths number of 3,279, it becomes clear that the number of migrants is increasing exponentially and so is the number of deaths. The International Organization for Migration (IOM) estimates that if the current spate of deaths at the Mediterranean continues, it could hit 30,000 before the end of the year, and these are mainly African youths and sometimes infants; the future of the continent.

“Search and rescue efforts must be more comprehensive and supported by the European Union and its member states,” warned Federico Soda, director of IOM in Italy. “This is a humanitarian emergency that involves us all and response to it must be holistic.”

The European Union (EU) rose from a meeting in late April with a promise to commit more ships and other resources to the rescue efforts at sea, promising to increase funding for such efforts to $10 million as associated Press Reported. But so far, no significant progress has been made in turning the tide and Sunday’s incident shows just how desperate the situation is.

In total, more than 36,000 migrants have managed to reach Europe this year, but they mostly ended up in camps in countries like Greece, Italy and Malta. Even presently, another vessel somewhere is probably loading Africans who have tall dreams of making it big in Europe; a land of opportunities.

Obviously, they are aware that their fate is uncertain. Ideally a good number of them will lose their lives, others may be fortunate to make it to refugee camps. Few who may luckily succeed in making it to their destinations will find to their dismay that there are no jobs waiting for them, and that they might even face more desperate situations than the one they left.

An Italian coast guard put the number of migrants rescued in 16 different operations off the coast of Libya on Saturday a week ago at over 3,400, they are mostly people from sub-Saharan Africa, Nigerian inclusive.

The Guardian tells of a certain Mohammed Abdallah from Dafour, Sudan who was among those rescued recently in a boat on their way to Europe and are now being kept at a detention centre in Libya. He left his home in 2006 after it was destroyed during the Dafour war; a war that took his father’s life and saw his sisters raped. “There is war in my country, there is no security, no equality, no freedom.” The guardian quoted him as saying.

“But if I stay here (the camp), it is just like my country. There is no security; there is violence. When you work they take your money.”

This is perhaps why, despite having to face a near-death experience at sea in his first attempt, Abdallah is still resolute and committed to travelling to Europe; a dream land where at least most, if not all of his troubles will, as he believes perhaps, go away. “I need to go to Europe.” He concluded.

Many of the migrants like Abdallah are those escaping war situations in their countries. The current war situations on the continent means that a lot are desperate to leave for Europe where they hope to live in peace at least.

There is the Boko Haram war in Nigeria which has sniffed life out of thousands and rendered numerous others homeless. In Libya where militants have basically taken over since the fall of Muammar Gaddafi and the increasing incursion of ISIL terrorists means that life is not safe. The religious crisis in Central African Republic, the attacks by Al-Shabbab in Somalia and more recently Kenya as well as the preponderant of militancy in Northern Mali and elsewhere has effectively made life unbearable for a good number of Africans. These people constitute a reasonable percentage of those who now meet deaths at the high sea in their search for safety overseas.

Apart from the above, there is importantly, the economic crisis besetting the continent of Africa. Presently, the UN food and Agricultural Organization as at 2010 estimated that 239 million people in sub-Saharan were undernourished. Africa has the second largest number of hungry people, second to Asia and the Pacific with 578 million and this is because Asia has much more population. In Sub-Saharan Africa for instance, 30 percent of the population are undernourished while the percentage stands at 16 in Asia.

Interestingly, Africa has the fastest growing population of all the continents in the world. UNICEF estimates that by 2100, the current 1.2 billion population figure of Africa would have increased to more than 4 billion, thus making the continent the most populated in the world. In essence, by the end of this century, 40 percent of those living in the world would be Africans. But the continuing corruption and mismanagement of resources by the continents leaders and means that poverty will likely increase and by implication, more people may still want out of the continent.

Besides this harsh economic realities, there is also,perhaps not so prevalent, the issue of dictatorial governments making life unbearable for their citizens which has prompted them to take the huge risk of leaving for Europe en-route the Mediterranean. In Eritrea for instance, many are reportedly leaving the country because of the oppressive government there. As 30-year-old Bayin Keflemeka told The Guardian, “Eritrea is a total dictatorship; they can put us in prison for unlimited years. If we go back we will die.”

Keflemeka is, of course, one of hundreds of Eritreans who have left the country and attempted move to Europe to escape oppressive regime, but who like many others have ended up in the camp in Libya.

The argument about whether or not such is a risk worth taking is one that will likely continue unending. But it’s hard to understand why anyone whose life is not in apparent danger would embark on such a dangerous trip to an uncertain life in Europe.

For those who are running away from war ravaged areas, one could say, at least that they are desperate are have a good reason to search for a safe life elsewhere. But even the Mediterranean perhaps portends the same magnitude of risk.

It is incomprehensible nonetheless, why a lot of people who take such risks do so, not necessarily because their life is at risk but because they want a better life in Europe. Indeed, many in countries like Ghana, Nigeria and other countries in sub-Saharan Africa where poverty is prevalent have taken this option of risking it all. Often they have to take the long risky route through Sahara Desert to North Africa with the hope of getting to Europe from there.

In a particular incident last year, a group of 113 people reportedly set off from Niger to Europe through the Sahara Desert, a few days afterwards, they were left stranded without water or vehicle. Majority of them perished in the desert. Only 17 were rescued. Such has happened to numerous others from Nigeria and elsewhere.

The motivation is often the erroneous believe by these mostly young men and women that its el-dorado in Europe. But the stark reality that confronts those who eventually make it to their destinations is that there are no ready jobs waiting for them and in a bid to survive and probably not disappoint those waiting at home, they indulge in illegal activities and mostly end up in jail. Presently, over ten thousand Nigerians are in jail in foreign countries, the bulk of them in Europe. In 2013 for instance, the number of Nigerians serving jail terms in Britain stood at 534.

Is there an end to this trend? Perhaps not one in the nearest future, but when African leaders begin to do things right, there would be little excuse for these young people to continue to risk it all going to Europe.

There is equally a need for reorientation. People need to be educated properly on the reality on ground in terms of what is obtainable overseas. There seem to be this strong, albeit erroneous believe that life is so great out there. Thus a lot of people want to go and have that life even without having a competent skill. 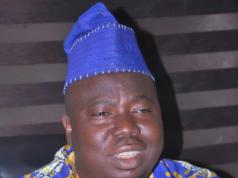 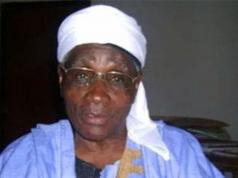