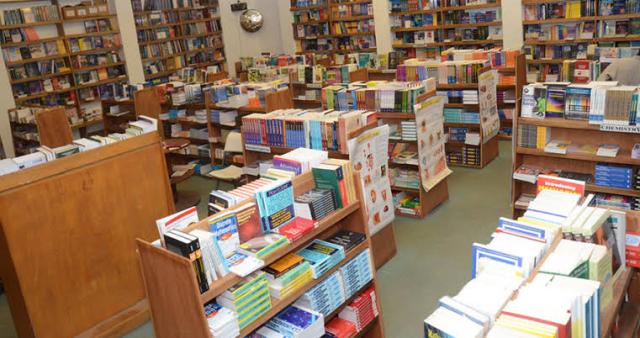 Relevant stakeholders in the book value chain, including authors, publishers, booksellers, printers, librarians, among others, have made a plea to the Federal Government to urgently come to their aid by enacting the long awaited National Book Policy to save the sector from collapse.

They listed the nefarious activities of pirates, multiple taxation by the three tiers of government, and exorbitant rates charged by respective ministries of education by state governments across the country as unbearable burden undermining the book industry.

The stakeholders made the plea on Friday in Lagos while unveiling programmes and activities for this year’s Nigeria International Book Fair 2022 scheduled to hold at Harbour Point Event Centre, Ahmadu Bello Way, Victoria Island, Lagos from Thursday, May 12 through Saturday, May 14, 2022.

This is the second year running when the book fair would be held at the same venue, the first being last year.

Speaking at the event, the Chairman of the Nigerian Book Fair Trust (NBFT), Mr. Gbadega Adedapo, who is also the CEO of Ibadan-based Accessible Publishers Ltd, said government’s neglect of the book sector was no longer tolerable.

He threatened that the players in the book value chain might be compelled to shut down the book sector, as the only way to get government’s attention to do what it needs to do to correct the age-long anomalies in the sector.

“We are adding value to society, but government is only looking at us,” he declared. “If we shut down everything pertaining to books, government will be forced to sit down and listen. Government should change its ways that are harming the book trade and do their part, then things will change. Triple taxes are killing us, but pirates don’t pay anything – both overhead and taxes – because they don’t even have offices you can trace them to. So they can afford to sell (books) at whatever price.”

Adedapo, however, said sheer passion for the business has been the factor sustaining his members otherwise most of them would have wound down their businesses long ago.

“We won’t stop but continue doing what we do,” he continued. “If not for passion, those of us in the book trade would have given up. We need a National Book Policy to right the many wrongs in the industry. Only government can give us that.”

Adedapo debunked insinuation that the yearly book fair that brings all lovers of books together in one spot for business and exchange of ideas is not inclusive enough, saying that that was not the case.

He said it was why a committee was set up this year to “manage this inclusivity”, outlined programmes the book fair would offer that also include Spelling Bee, quiz in mathematics and others for school pupils and students alike.

Part of why operators in the book value chain urgently need government’s intervention in the area of National Book Policy, Oluwatuyi submitted, was so each sector player knows where its mandate begins and ends, so there is no infringement in other operators’ areas of operation.

For instance, he accused publishers of undermining booksellers when they sell books directly to schools instead of using the services of booksellers, as had been the traditional practice. By cutting off this vital link, he said, publishers ran many booksellers out of business. Some of these aggrieved booksellers in turn began to pirate publishers’ books just to get back them, adding that such ugly development does not augur well for players in the book industry. Oluwatuyi sued for a saner book environment where each segment plays its statutory role and does not encroach on each other’s area of operation.

He, however, said sanity was gradually returning to the book sector since he assumed leadership of booksellers, as he’d begun to speak to his members and publishers alike, so each plays within the ambit of his own specified trade area, so everyone goes home happy. He urged publishers not to sell books directly to schools, but deploy booksellers for that purpose. Oluwatuyi stated that with Mr. Adedapo at the helms of affairs, publishers have begun to play by the rules, and urged further cooperation between publishers and booksellers.

Oluwatuyi also charged proprietors of schools to stop running bookshops in their schools unless such outfit is a duly registered bookshop and affiliated to Booksellers Association of Nigeria. He said the activity of these illegal bookshops by school owners is endangering the book trade and encouraging book piracy, adding that a National Book Policy would help address some of these anomalies. He disclosed that soon, Nigeria Copyright Commission (NCC) would begin clamping down on schools operating illegal bookshops, saying it is not the job of schools to sell books but make their pupils and students buy from accredited booksellers.

Equally speaking, a consultant to the book fair and CEO of Knowledge Beyond, Mr. Remi Adesokan, said school children would have a great time at the book fair like last year when contests like Spelling Bee, quiz, and mathematics contests were offered with exciting prizes that were won.

In his remarks, the President of the Network of Book Clubs and Reading Promoters in Nigeria, Mr Richard Mammah, revealed that the NBRP was presently undertaking a preliminary survey of reading spaces in the country as a first step towards providing a practical way out of the challenge of unavailable, inadequate, ill-equipped and underutilised reading spaces in the country.

A report of progress made in this regard, he promised, would be unveiled at the fair.

Also at the event was a member of National Association of Proprietors of Private Schools (NAPPS), Mrs. Florence Okorji, who expressed excitement at the inclusivity of the book fair, saying it was not an adult-based book fair only, as wrongly insinuated in some quarters.

Others present were the Executive Secretary of NBFT, Mr. Abiodun Omotubi and Mr. Dapo Fisayo, MD of Consolidated Books Limited.