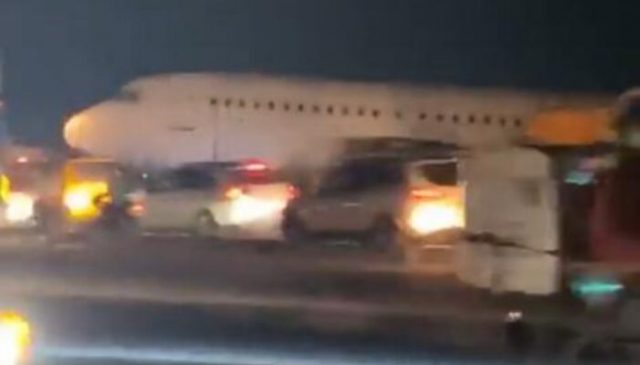 A private jet with damaged wing has blocked Ikeja Along, causing heavy traffic on the ever busy road.

Business Hallmark learnt that the jet was was being towed to the facility of nearby Federal Airport Authority (FAAN) when it got stuck on the road next to FAAN.

FAAN has meanwhile, explained in a tweet that  the aircraft was being towed to where it would be repaired by its new owner when it got stuck on the road.

“The Federal Airports Authority of Nigeria would like to inform the general public to disregard the news making the rounds on social media about an alleged crash at Ikeja Airport,” the tweet reads.

“The aircraft was sold by the owner to a buyer, who was taking it to its final destination.
Thank You.”