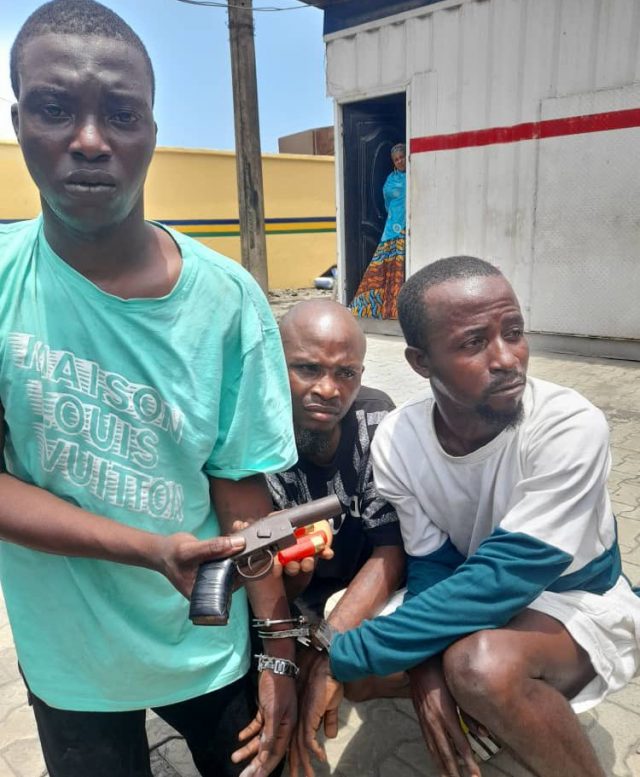 Benjamin Hundeyin, the state police spokesman, who disclosed this in a statement on Wednesday, said luck ran out of the robbers on Thursday April 14, 2022 at about 1240hrs at the Ajah under bridge.

“In an exhibition of conscientiousness, the operatives on reasonable suspicion conducted a courteous search on the occupants of the vehicle and in the process recovered 1 locally made pistol with 3 live cartridges,” he said.

“The operatives immediately moved the suspects to the station and preliminary investigation commenced.”

According to Hundeyin, the Commissioner of Police, Lagos State Command, CP Abiodun Alabi, in his resolve to ensure safety and security of Lagosians has assured that every required step will be taken to tackle insecurity.

He has further directed that the suspects and exhibits be transferred to the CP Special Squad for a more discreet investigation.