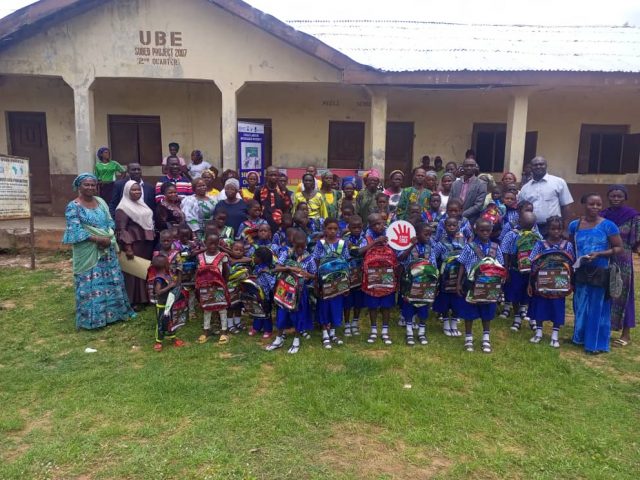 Ibala Ìjẹ̀sà, a community in Obokun local government area of Osun State has expressed utmost appreciation for the donations of incentives to its community school, Saint James Anglican School.

The relief materials which were donated on Tuesday by International Labour Organization (ILO) in conjunction with the Foreign Affairs of the Netherlands through the Federal Ministry of Labour and Employment and the Osun State Government, included school uniforms for the pupils, school bags, shoes, socks and underwears, textbooks on different subjects from primary 1 to 6, school sign post, public address system among others.

The project consultant is Kids and Teens Resource Centre.

The Onibala of Ibala Ìjẹ̀sà, His Royal Highness, Oba Christopher Adegboyega Ariyo conveyed his appreciation for insightful and timely donations. 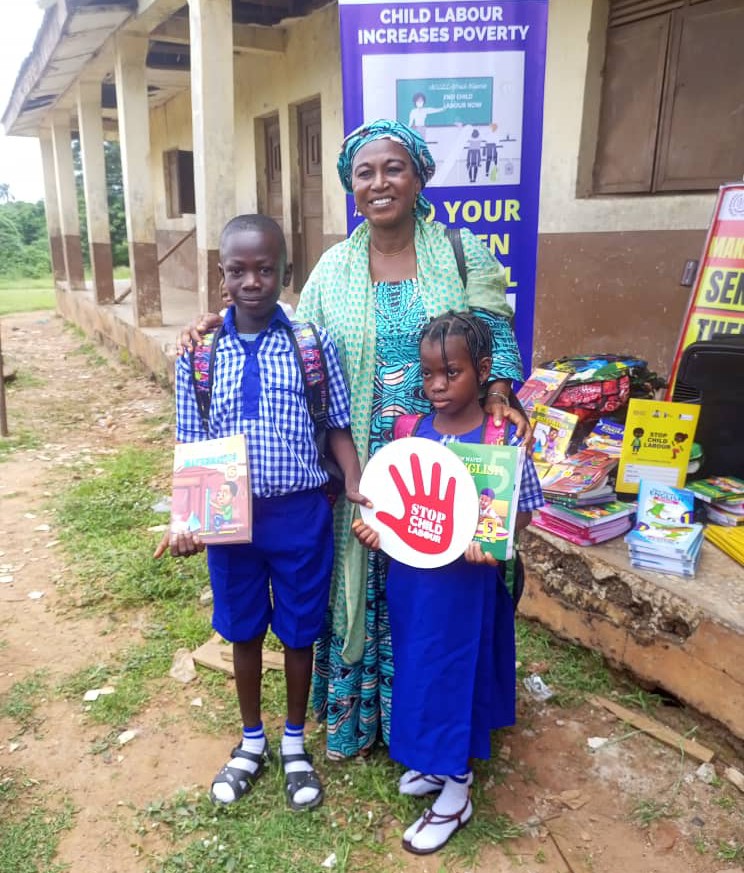 “We thank all the ministries, organizations and persons brought this project to the fore.”

The monarch, who was a former Nigerian ambassador to China, was duly represented by one of his Chiefs, Adeyeye Adeyoju and Secretary of Ibala Ìjẹ̀sà, Mr. Olajide Samuel.

Oba Christopher Ariyo expressed his surprise that the donations were made after the consultation earlier made with the community leaders and the school management.

The monarch however added that the Community is still in a dire need of some other amenities and plead to concerned agencies for intervention.

Furthermore, Mrs. Bolanle Adegunju, the community woman leader and Yeyedofin of Ibala Ìjẹ̀sà appreciated the agencies and the ministries on behalf of women in the community.

She said the community alone can’t bring the total change needed but the help of the people in positions.

She subsequently applauded the community teachers for working tirelessly and with dedication as circumstances present.

In addition, Mrs Funmilayo Ayinla, Osun State Controller of Federal Ministry of Labour and Employment charged parents on responsibility for their wards.

She said, “children are vulnerable beings whose molding solely depend on their parents and elders they see around. We should speak on child labour, though there are many different ways to it but the Osun State Government is committed to bring a stop to it by the year 2025.”

Mrs Ayinla afterwards expressed his happiness that the donations were already bearing fruitfulness as there were more pupils who expressed interest to join the school.

She appealed to the parents to make sure the materials are well taken care of.

Furthermore, speaking on behalf of the state steering committee on child labour, Mrs. Moriyike Pade-Omisakin lamented on the rate by which child labour is surging in communities at alarming rate.

In her words, the federal and the state governments cannot do it all except with the cooperation of parents and guardians.

“These materials, though given to you for free, were paid for by some people. Please do take good care of them. We pray may exalted persons emerge from you in the future who would put the community in desired place, ” Mrs. Pade-Omisakin admonished.

Mr. Ajani reinforced the Ministry’s commitment to prioritize the interest of women and children through its endeavours.

“So many hands were on deck in bringing these together. There are representatives from different organizations and ministries here.

“Aside from this donations, we will like to counsel you on child abuse, molestation and child labour. It is unlawful and there are punishments for them under the law.” he said.

The Ministries and the NGOs reaffirmed earlier promise made during consultation with the community leaders to renovate the community school.