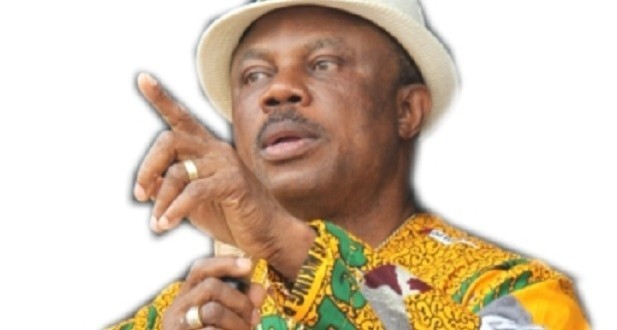 A few days ago, a picture that told what many believe to be the story of Gov. Willie Obiano’s nearly four years stewardship in Anambra State trended online. It was a picture of a large shoe worn by a tiny leg. The large shoe was labelled Obi’s big shoe, and the tiny leg bore a vertical inscription: Willie Obiano. It depicts a prevailing, albeit perhaps incorrect perception, the perception that Obiano is yet to match the performance of his predecessor, Mr Peter Obi as governor.

Obi ran the state for eight years, from 2006 to 2014 and handed over to Obiano, but the duo fell apart shortly afterwards. Obi left the All Progressives Grand Alliance (APGA) under which platform he governed and joined the Peoples Democratic Party (PDP) that same year. Ever since, both have remained political rivals. Ahead of the November 18 governorship election, Obi has been relentless in trying to topple Obiano, install PDP’s Oseloka Obaze and by implication, bring to an end, APGA’s 12-year reign in Anambra.

Should this be the case, it would mark the beginning of the end for a party once touted as Igbo party, one almost synonymous with the late Dim Emeka Ojukwu, although it was formed by Chief Chekwas Okorie who had since left to form another party, the United Progressive Party (UPP) after a protracted leadership crisis with Chief Victor Umeh.

APGA had over the years, assumed the position of the Igbo voice, an answer to the Action Congress in the South West and the Congress for Progressive Change in the North. In 2011, Owelle Rochas Okorocha rode on its platform to unseat the incumbent Ikedi Ohakim of the PDP to become Imo State governor. Two years afterwards however, he pulled out to join the All Progressives Congress (APC) in what was largely seen as a betrayal of APGA. Okorocha’s decision, no doubt, dealt a heavy blow to the party. But in Anambra, Obi as governor stayed put, and made sure the party remained in power with Obiano.

This year however, Obi is back to settle scores with the governor. If he succeeds, it would not only cut short the incumbent’s tenure, but deliver a final nail on APGA’s coffin. Ironically, Obi is out to destroy a party he helped to build as collateral damage in his battle with his successor. Thus, as Obiano battles to keep his seat, it is also a battle for the soul of APGA as a political party.

As the November 18 date approaches, things are fast assuming interesting dimensions. Last week, elder statesman, Dr Alex Ekwueme who had hitherto endorsed Obiano for second term, backtracked and gave his blessings to the PDP candidate, Obaze who by the way, has the former Vice President’s daughter as running mate.

Ekwueme who is a founding member of the PDP, at a meeting of stakeholders of the Old Aguata Union (OAU) in his country home in Oko, Orumba North Local Government, Anambra South Senatorial zone, said his support for his daughter was total. And according to him, it was time for the PDP to take over the state.

“Anambra State is a PDP state from inception. We shall now continue with PDP. Time has come for us to take away power from APGA.”

Ekwueme, by his endorsement of PDP, has stocked the flames of an already polarising political atmosphere in the state. It is an election that has, more than any, divided the state’s political elite, and indeed the masses.

At a similar meeting of the OAU earlier last week, both former governor, Emeka Ezeife and former Central Bank governor, Chukwuma Soludo insisted that Obiano who like Obaze and the All Progressives Congress (APC) candidate’s Tony Nwoye, is from Anambra North, should be allowed to complete eight years as governor, such that power would return to the South Senatorial zone afterwards, reasoning that if either Nwoye or Obaze takes power, it would likely be another eight years for the zone.

But Obiano apparently understands that in November, his fate will depend on the voting population of the state, and their perception of his administration will count more than anything else. Opinions are largely divided. Obiano, it must be said, has performed credibly well in the areas of security, education, agriculture, healthcare, social infrastructure, urban development among others.

In agriculture, the governor created nearly 400,000 agro-based jobs and has attracted over $1.2billion in private investments since assuming office in March 2014. His rice revolution has led to the production of about 80,000 metric tons yearly, and the state has been exporting vegetables to the United Kingdom. The governor had with SAB Miller, makers of Hero and other popular beer brands in the East, entered into an agreement with Delfarms, a local sorghum producer to supply all the sorghum the company needs for production.

In education, the governor has built on the achievements of his predecessor. Anambra still remains one of the top performing states in national exams. Healthcare wise, his administration built, renovated or upgraded many healthcare facilities across the state.

In Awka, the state capital, his administration has built three beautifully adorned flyovers with street lights while also signed agreements with a Chinese company for the construction of $5billion airport project under the public private partnership. This is in addition to other road projects.

Yet, the perception among many is that he has fallen short of expectations, and has not matched Obi’s achievements. To this end, although the election widely believed to be a four horse race with All Progressive Congress’s Tony Nwoye and UPP’s Osita Chidoka in the fray, a number of people spoken to in the state opined that it will be a tough call between Obiano and Obi’s candidate, Obaze as both Nwoye and Chidoka may come short for a number of reasons.

“The election is a tough call,” said Polycarp Nwafor, a journalist based in the state. “When it comes to grassroots popularity, in terms of who most people support and who is expected to win a free and fair election, it may be Obaze,”

“If you ask around who people believe should win, most people will tell you it’s Obaze, and that’s because Peter Obi is supporting him. But Obiano is the incumbent and has the political class backing him.  He equally has his supporters, no doubt. So, it would be difficult to predict.”

As long as popularity goes, Obi is easily the most appreciated new generation politician in the state. Many say he did well as governor and the incumbent has not been able to match his achievements, an indication that he needs to communicate his achievements better.

“Peter Obi is more loved here; he did tangible work as governor. Obiano on the other hand, has not matched that. Even the flyovers he did are collapsing. But he is strong in the media.” Okafor Chidiebere, a resident of Awka said.

“Comparing Obi with Obiano is like comparing success and failure,” he said. “There is no basis for any comparison. Obi did very well as governor, but so far Obiano has not done much. In fact, he is a drowning man who is becoming isolated.”

Obi is credited with turning the state around and putting it on the part of progress, after many years of ruins, and for many, Obiano has not matched that achievement.

“It is a matter of perception,” said Ubaka Okeke in Nnewi. “Personally, I believe Obiano has done well. Comparing him with Obi is another thing. Obi is not running, so there may be no need for that.”

November 18 is just one month away. Except there is a major political development that distorts the status quo, the election will more or less be a popularity contest between Obi and Obiano, but with the support of the political class and the power of incumbency at his disposal, Obiano may have the last laugh.