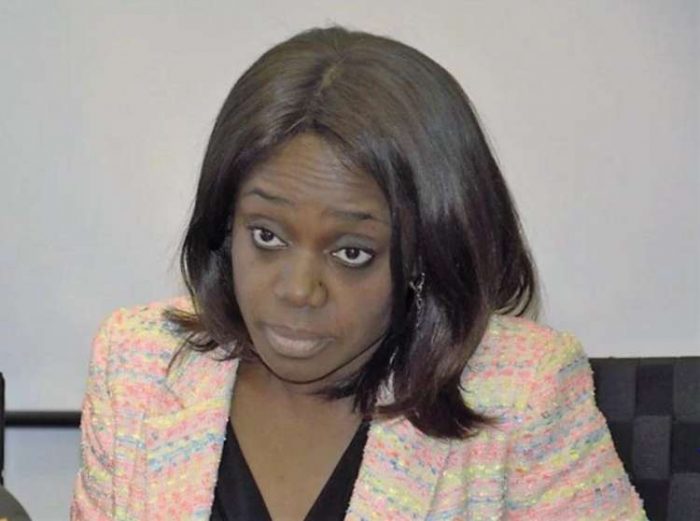 The International Monetary fund (IMF) a few days ago in Washington D. C in the United States of America, USA, expressed concern over Nigeria’s and other oil producing country’s rising domestic and foreign debt.

According to Pattillo, “the concern about a number of oil exporters is that unless there is action now, debt which has been rising in many of these countries, could lead to serious economic dislocations especially in respect to their rising interest payment obligations’’,  she said.

“If you have a continuing rise in debt, interest payments will also rise, and then, it will consume a large part of any revenue that you collect and you won’t be able to use that revenue for the objectives of, say, an economic growth and recovery programme’’, she explained.

Estimates suggest that every Nigerian citizen from a day old owes an estimated debt of N105, 556 or N289 a day. This becomes clear when consideration is taken of the recent Debt Management Office (DMO) announcement that Nigeria’s total debt stock had reached N19.16 trillion.

Analysts have expressed concern that this may worsen further when the federal government takes on the additional burden of a proposed $5.5 billion sovereign debt through the international capital market.

As financial observers groan over the federal government’s rising appetite for domestic borrowing to fund the budget deficit hence crowding out the manufacturing sector from accessing funds from the local debt market, the Minister of Finance, Mrs. Kemi Adeosun, agrees that piling up debts would not serve the next generation well, she has assured that,’’ this administration is set to work with a vision, not just to return Nigeria to a stable economic footing, but to deliver a fundamental structural change to the economy that would reduce our exposure to crude oil’’.

‘’We are already seeing some performance improvement in our non-oil revenues. Particularly, year to date performance of Customs Revenue, Value Added Tax (“VAT”) and Companies Income Tax (“CIT”), is 19% (N408.06 from N342.79 billion), 18% (N634.89 from N539.46 billion) and 11% (N838.45 from N757.40 billion) higher respectively, when compared to the same period in 2016.  This does not mean that we have succeeded. Revenue remains considerably short of our ambitions and must be increased exponentially over the coming years but it is a sign that it can be done’’, said Adeosun

Meanwhile, Nigeria’s domestic and foreign debt data for June 2017 show that  $9.67 billion of the debt was multilateral;  $218.25 million, bilateral, while $5.15 billion was from the Exim Bank of China, credited to the Federal Government.

As the nation’s debt continues to rise, the more apprehensive Nigerians become about its sustainability.

Serious debate about the sustainability of the country’s debt has, in fact, attracted significant attention of late.

The Debt Management Office (DMO) said government had planned to spend 35 percent of its 3.86trillion forecast revenues in 2016 on debt servicing, up from 26 percent in 2015.

But it ended up spending about 80 per cent of its revenues to service debt.

Details reveal that between January and September 2016, the federal government spent N1.094.22trillion on debt servicing.

The breakdown further revealed that N1.044trillion was used for local debt servicing as against the N980.55billion budgeted in the 2016 spending plan, representing an increase of N63.45 billion

N50.22billion was spent for external debt servicing indicating an increase of N9.36 billion from the N40.86 budgeted. The development has raised concerns over the future of the country.

Interestingly, the government has promised to do whatever is possible to reduce her spending on debt servicing to 24 per cent of its revenues.

This is still at the stage of projection, many have said. However, there are doubts that it is achievable since the government missed similar target last year. Besides, the budget deficit which is put at N2.63 trillion is another impediment to spending 24 percent of the revenue for debt servicing.

Whereas there is divided opinion on whether the nation should continue to accumulate debt, there is a concensus that it’s sustainability may be highly challenging given Nigeria’s battered economy and her antecedents with borrowing and repayment of loans.

Industry experts have become increasingly uncomfortable with the trend because of the weak capacity of the nation’s productive activities to generate enough revenue for servicing the debts.

“When talking about unsustainable debt, it means that a country or a borrower is unable to pay. So, we take very serious note of that.  When you look at the debt to GDP ratio of Nigeria, it is very low, it is very low. It is 17 per cent compared to Italy and other countries which is about 150 per cent while that of the United States is about 100 per cent’’, said Kiliaki

“But there is a caveat; it is true that debt to GDP ratio is low but when you look at the amount, the revenue, to debt servicing ratio, the amount of money that the government is collecting, the revenue of the government vis-a-vis the ratio to the total debt, I think Nigeria pays about 75 to 80 per cent of its revenue to service debt. So, this is very, very high compared to other countries where they use just 10 per cent’’, Kiliaki added

In an interview with Business Hallmark, former Managing Director of one of Nigeria’s largest money centre banks, Dr. Alex Otti was of the view that Nigeria’s rising domestic c and foreign debts could become unsustainable especially against the background of a fragile and capricious international oil market.

I don’t know how they have done their numbers, but it is neither here or there. What concerns me most is the quantum of the debt and the ability and capacity to service those debts,’’ said Otti.

That Nigeria needs huge funds much more than she seeks to borrow to bridge infrastructure gap is not new. A few international organisations like International Monetary Fund and the World Bank  have even estimated that the nation requires no less than $140 billion in the next 10 years to be able to achieve that objective.

But those who have followed Nigeria’s debt management history have argued that there may be danger around the corner.  Nigeria had previously slipped into a huge debt crater of a yawning $35billion in early 2004 and had to negotiate debt forgiveness for international lenders.

The country was able to secure debt relief of $18billion from members of the 19-nation-strong Paris Club.

‘’Part of Nigeria’s case in asking for debt relief was that most of the money borrowed was given to corrupt military dictators, a fact the African country says was well known by foreign banks and governments’’, a commentator had said.

Nigerian have become jittery that Nigeria may be accumulating huge debt again, reminding them of the Paris Club incident, especially during a recession.

“However, there are times that you need to spend your way, literally speaking, out of a challenge of output; recession being one of those. But I think that even at that, you need a certain level of care to make sure that you don’t get into an unsustainable debt scenario.”

“My big worry is that the impact of the borrowing may not be reflected on output, in the sense that if we get into a double whammy where our debt balloons, but we don’t have the necessary stimulation of production, especially when our consumption is very external in its orientation, we need be very careful to watch all of those,” A professor of Political Economy and management expert, Pat Utomi

“We need to move away from debts for recurrent expenditure to debts for capital expenditure, which is projects-specific. The debt level itself is not dangerous, but the debt service level – the debt burden – is very high.

We are using 66 per cent of our independent revenue to pay interest. So, interest rates must come down substantially, or else, we are in trouble,”

The Board Chairman, Nigerian Economic Summit Group, a private sector think tank and policy advocacy group, Mr. Kyari Bukar, said the amount of debt should not be a cause for concern considering the low debt to Gross Domestic Product ratio of the country.

“What one needs to pay attention to is the debt service amount versus the capital expenditure of the budget.

The debt servicing and the ability to service the debts are the key areas of concerns that we should pay attention to,” said Mr. Kyari Bukar, the Board Chairman, Nigerian Economic Summit Group, a private sector think tank and policy advocacy group.

While Nigeria debt to GDP stood at 24 percent currently, that of the United States of America and the United Kingdom are 106. 71 and 84.86 per cent respectively. But the difference, according to experts is the sustainability of the debts.

For instance, the economies of U. S .A and U K are almost sure that they can repay their loan given the maturity of their productive capacity, Nigeria, many fear has got various governance encumbrances in addition to weak economy and other incoherencies  that could halt the chances of achieving debt sustainability.