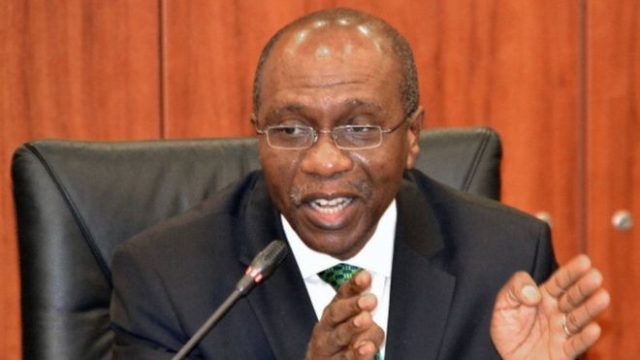 Nigeria’s Central Bank governor, Mr. Godwin Emefiele, has hinted that the country was considering allowing digital currency, noting that it will “come to Nigeria.”

The the Central Bank of Nigeria (CBN), had last year, banned the country’s financial institutions from facilitating cryptocurrencies exchanges, a move that has since failed to stop adoption in the country as traders resorted to peer-to-peer platforms.

Emefiele who gave the hint while addressing journalists after a two-day meeting of the Monetary Policy Committee in Abuja, expressed concerns about the currency, but said it would come to Nigeria, but investigation over transactions are still ongoing.

Asked whether the CBN had been vindicated following the crash of cryptocurrency in recent weeks, Mr Emefiele said the CBN investigated and found out that a substantial percentage of Nigerians are involved in cryptocurrency.

“Don’t get me wrong, some may be legitimate but I dare say most are illegitimate and I will corroborate that. Under cryptocurrency and bitcoin, Nigeria comes second right? But in the global size of the economy, Nigeria comes 27th,” he said.

“So do you think that there is some correlation? You think those countries whose economies are second and 26th will allow you to grow your cryptocurrency business to second position, if what is inside is a big deal that is going to profit everybody?” he asked.

Emefiele spoke about the volatility of the cryptocurrency market, citing how Tesla boss, Elon Musk, tweeted that he was going to invest about $1.5 billion in crypto and the rates went to the highest roof.

“And he then tweeted again and raised a fee concerns and the thing plunged,” he said.

After stating his concerns, the CBN governor went on to say, “We are committed in the CBN and I can assure everybody that digital currency will come to life even in Nigeria.”

The MPC at the meeting retained the Monetary Policy Rate (MPR) at 11.5 per cent, voted to maintain the asymmetric corridor of +100/-700 basis points around the MPR, retained the Cash Reserve Ratio at 27.5 per cent, and left the Liquidity Ratio at 30 per cent.

“I, therefore, would like to appeal to our brothers, who decide that they want to live in bushes and forests, that they should please, begin to retreat, drop their arms and come and embrace the anchor borrowers’ programme,” he said.

“If they do so, it will help them; if they choose not to do so, they will be confronted by the security as this battle continues.

“I am optimistic before the end of the year that the security challenges confronting the country will substantially abate.”

Mr Emefiele said that “almost the whole of N300 billion has now been disbursed” from the bank’s facility designed to provide succor to households and SMEs affected by the harsh impact of the pandemic.