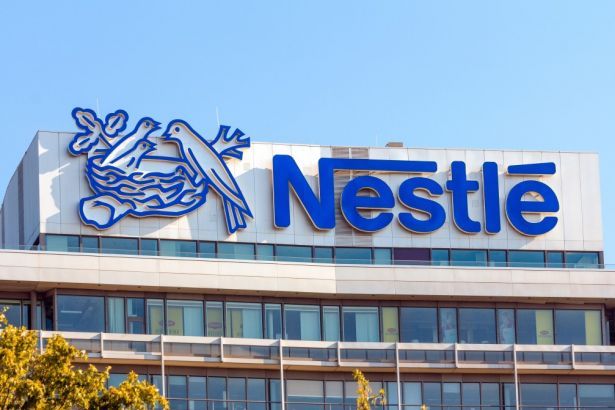 This time last year 2019,  Nestle Nigeria Plc would have boasted of its getting set to post very strong and solid performance with huge dividends to its shareholders. Investors in Nestle Nigeria’s stock have always been looked at with subtle respect and envy because of its high price and the high dividends they receive year on year. But the times appear to be changing fast.

In spite of the drop in returns, shareholders are still impressed with the firm’s performance given the hard times occasioned by the ravaging effect of Covid-19 which has impeded growth in businesses generally.

Of course, Covid-19 caused a lot disruptions in business activities all over the world from cutting supply chains to halting productive activities among others.

Nestle Nigeria had also posted a decline in profit  before tax by 12.89 per cent in the third quarter ended September 2020; EPS and Net Assets also plunged by -13.32 per cent and -8.22 per cent respectively.

Over the years, the manufacturing sector has suffered huge set back emanating from factors such as the power crisis, misappropriation of Funds by government officials, excessive dependence of Nigerians on Imported Goods, lack of finance, classification of manufacturing Industry as a high risk area for bank lending, unbridled globalization, high cost of production and poor infrastructure among other impeding challenges.

But these have not deterred some of the stronger breed like Nestle Nigeria which appears to have proved and mastered the art that it can always run against the tide and still deliver fairly good margins for its investors.

However, the company has been consistent in ensuring strong performance and lubricating the pockets of its owners with good dividend.

While the performance is not too fantastic, Nestle Nigeria and other manufacturing firms have been plagued by macro-economic factors: a higher inflation rate at 16.4 percent as of December 2020, the insurgency in the North – which has denied it market access – and a higher borrowing cost, which climbed to N33.8billion, from N5.516bn from the previous year.

However, this sliding performance has prompted consistent strategy sections on how to over-come the stifling effect of the recent head and tail winds.

“Revenue grew by 2.3% y/y in Q4-20, driven by the 9.2% y/y growth in Food sales. According to our channels checks, average prices in the segment were relatively flat during the period, and as such, we feel the growth was primarily volume-driven.  In contrast, Beverage sales fell to a five-quarter low, declining by 8.4% y/y. The sharp decline was surprising, considering average prices in the segment rose by about 28.8% on average and implies a significant drop in Milo and Nescafe volumes in Q4.

“For the third successive quarter, gross margin compressed, by 454bps, to 39.3%, the lowest since Q1-18, as the growth in cost of sales outpaced revenue. Cost of sales grew by 10.6% y/y, which in our view, is indicative of the weaker currency and much higher local sourcing costs (NESTLE sources c.80% of its raw materials in Nigeria) amidst intensifying inflationary pressure within the country (food inflation in Nigeria averaged 15.0% in Q4-20).” Said analysts at Cordros.

Nevertheless, Nestle Nigeria is to be applauded for having diligently resisted the smothering effect of the persisting weak macro-economic headwinds and raising its head high despite all odds. Pushing back on the harsh macro-economic environment, the company beat analysts’ expectations in the final year performance for the period ended December 31, 2019 as reflected in the increased revenues that it was able to deliver.

Market analysts have attributed the weak performance of manufacturing companies to the prevalent macro –economic challenges in Nigeria. While some of them fingered the lack of a sustainable economic direction by the President Buhari-led administration as one of the strong reasons for this, others have hinged it on tight regulation of both the fiscal and monetary authorities. Yet a third group has sadly pointed at the shrinking revenues of the nation, caused by the volatility in crude price, lack of productivity and increased funding for security, in addition to low disposable income in the hands of consumers. These, market observers believe have also been responsible for the near weak performance of other sectors of the economy. This is in addition to the disruptions of Covid-19 of businesses all over the world.

On its part, the leadership of the Manufacturers Association of Nigeria, MAN has always fingered lack of disposable income in the economy  – as a major cause of mounting inventories of unsold stock in the ware houses of Manufacturers.

“Most of our members complained of their unsold stock inventories, because people are not buying their goods, which can be attributed to shrinking economy.

“A situation where you generate your own power for production does not make you competitive, because whatever is produced in this country is produced at a higher cost when compared to other parts of the world.

“The same goes for the transportation system as we still move our good via roads, even the heavy duty goods. Such good which should go by rail lack enough rail lines to carry them.

“There is a need to develop the transportation sector to the point where it can support the manufacturing sector and also support the economy,” a recent MAN statement expressed.

Market observers have also noted that manufacturing capacity utilization has continued to slide since it hovered between 70 and 75 % from 1975 to 1980’s. There is also stiff competition in the industry as Cadbury, Cowbell and many other small companies continue to push to gain higher market share in the Food and Beverages segment of the market.

Whereas the government has excluded importers of 43 items from accessing forex to boast their market, the recent closure of the border has also impeded exportation of manufactured goods.

In spite of these constraints however, Nestle Nigeria has very clearly performed well over the years.

Nevertheless, the truth is that Nestle has remained consistent in terms of performance aside from having good fundamentals. These have sustained its high price over the years. But many have fingered the huge percentage stake of its core investors as the major reason the stock may be considered illiquid. Digging further, BH checks show that Nestle S. A. of Switzerland and Nestle CWA Limited, Ghana are the major shareholders of the company, controlling 3.17% and 59.13% of the company respectively. This has left investors with fewer shares of the company.

While we wait for the response of its corporate affairs department, Nestle still remains one of the stock is still enjoying the commanding height in the Food/Beverages and Tobacco sub-sector of the NSE. Nestle Nigeria Plc is a member of the respected and reliable nutrition; health and wellness company renowned world-wide for its high quality products.

To be sure Nestle Nigeria has demonstrated over the years that it is indeed a sturdy player in the Nigerian business arena. With strong household brand leaders like the Milo beverage and the Maggi seasoning, the company has through the years found and occupied regular spots in many a Nigerian household.

This acceptance has also been demonstrated at the Nigerian Stock Exchange where it was the first to hit the N1,000 per share mark.

Add to this the strength of its global parent brand which continues to provide the Nigerian operation with strong shoulders upon which to rest, then you have a business operation that would require more than the casual occurrence to flinch.

But then these are clearly unusual times in the Nigerian and global business firmament.