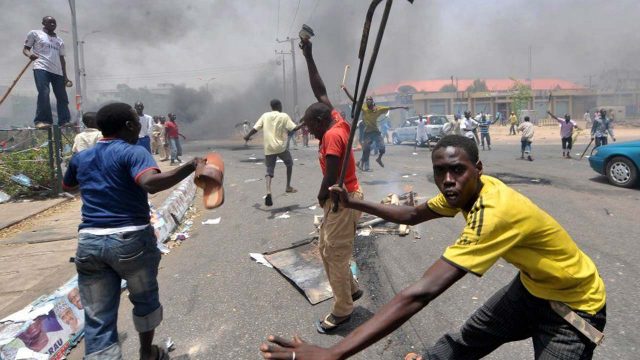 The Ijaw Youths Council (IYC) has condemned a communal conflict that has claimed four lives in Bilabiri in Ekeremor Local Government Area of Bayelsa State.

A proposed security contract had triggered disagreements that led to the communal war.

Condemning the development in a statement by its President, Peter Igbifa, the IYC appealed to the warring parties to sheathe their swords saying it was irresponsible for brothers to pick arms against themselves.

Igbifa said instead of bloodshed the brothers should sit down in a roundtable to discuss the issues and resolve grey areas of their differences insisting that dialogue remained the best tool in dispute resolution.

He urged the state Governor, Senator Douye Diri, to raise a peace panel that would work with all the parties in the dispute to identify the causes of the crisis and permanently resolve them.

“It is irresponsible and unbelievable that our brothers will shed their blood because of a job that is coming to their area. As a council, we condemn the bloody conflict in Bilabiri and we are asking those involved in this dastardly act to stop further bloodshed,” he said.

“The Council is calling on security agencies especially the police to move into the community and restore the peace to avert further breakdown of law and order. We are also appealing to our Governor, Senator Douye Diri to raise a peace panel that will identify the remote and immediate causes of the conflict and permanently resolve them.