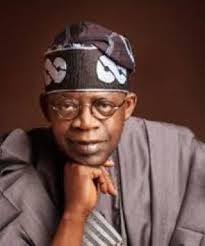 The low turnout of voters at the governorship election in Lagos cannot be separated from the pre-election violence and threats by politicians across the board in the state. This was evidence as most voters who participated in the last election did not come out to cast their votes in the state.
Hallmark gathered that people were lured with money ranging from N1000to N2000 by politicians to come out and vote in places where there waslow turnout in the state.
Because of the low turnout, accreditation of voters ended earlyalthough voting started at exactly 1:30pm but ended before time insome places because of the low turnout. The fact is that while
counting of votes began, electorates were at INEC to count the resultin their presence.

Speaking with journalists, the Executive Secretary of Apapa-IganmuLCDA, AlhajaFunmilayo Mohammed, complained about the low turnout ofvoters, saying it is not healthy for Nigeria’s democracy.
“At least, most people that are complaining about the performance oftheir representatives suppose to talk through their votes, but wererather using the period to relax at home. Another thing I noticed wasthat the election has ethnic colouration going by the way peoplereacted. The Hausa’s that came out en mass in the last election, theHausa were calling me to prevail on the INEC to come around waited forhours to ensure they cast their votes but today they were busy doingtheir business”, said Mohammed.

The former governor of Lagos State, Bola Tinubu, speaking with journalists at his residence at Iyala Street, Alausa, Ikeja, condemned the spate of violence in the South-south geopolitical zone, describingit as barbaric.

He added that it was violence and threats of such thatmight have caused a low voter turnout in several parts of the country.”We have to remove violence from our politics.
Election is aboutpeople and service it is not a process of gun war and violence. It ispower by all means that is the cause of the violence and we have toremove that and allow the process to function and nurture the processof democracy, respect for rule of law and lives and property of
Nigerians”, said Tinubu.

Tinubu stressed that an Assistant Inspector of Police (AIG) has takenover the function of a Commissioner of Police in Lagos. “If youobserve few days ago, there were sporadic shootings across the stateand people were scared to come out and exercise their civicresponsibility”, he said.

Also Lagos state governor Mr.BabatundeFashola, told journalists athis polling unit at the state Grammar School, Itolo, Surulere that theturnout should not be judged quickly, adding that people might havecome to accredit and go home.
In Ikorodu, the Special Adviser to Lagos Governor, Hon. FataiOlukoga,stated that the turnout may be lower when compared with thepresidential election, stating further that because people of the
state believe in the continuity of the APC in the state they stillcame out to vote despite intimidation by the PDP. He disclosed thattwo fake party agents were caught at the polling unit 026 and thatthey were handed over to the police.

Olukoga while speaking with journalists after casting his vote at wardA1 Ikorodu polling unit 026, assured the people of Ikorodu of moreinfrastructure in the area.
Meanwhile, Lagos REC, Mr. Akin Orebiyi stated that he was miffed bythe low turnout of voters, adding that the commission made a lot ofadvertisements and announcement on it.

Analysts argued that the low turnout cannot be unconnected to the fearof violence created into the mind of an average Nigeria voter that thecontest would be that of war and do-or-die. They stressed that theelectorates seem to have taken the contest to be a battle betweengodfathers so therefore they need not involve through voting, butrather be a spectator in their own political system.