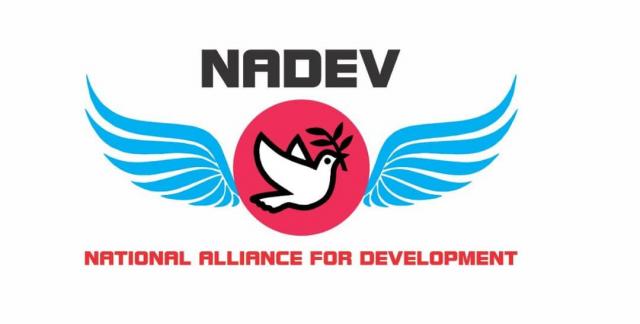 Pro democracy group, the National Alliance for Development (NADEV) has decried the hike in price of Premium Motor Spirit (PMS), otherwise called fuel, ‘from N145 to N165’ describing it as unconscionable and unfair to Nigerians.

NADEV which registered its displeasure with the development in a statement by its publicity secretary, Bar Dotun Hassan, recalled that since the President Muhammadu Buhari government came on board in 2015, it has hiked fuel price severally, first from N96 to N145 per litre, then from N145 to N162.

It said it no longer has confidence in the government of Buhari, describing the president as “incompetent” in handling of the economy, national security and corruption, while vowing to mobilize mass action against the hike.

The statement reads: “The National Alliance for Development (NADEV) holds that the sudden announcement of the decision by the Federal Government of Nigeria to increase the pump prices of petroleum from the tolerated N145 to N162 per litre should be a matter of urgent national concern to all Nigerians.

“NADEV is also worried that on the same day, the government announced a sudden increase of 200% in the tariff of electricity, a commodity that has remained incessantly unstable for decades.

“We recall that since inception, the current government of President Muhammadu Buhari has increased the fuel pump prices more than five times in a country that is barely struggling to survive on a fast-dwindling economy.

“OBSERVATIONS:
In the light of this development, NADEV hereby makes the following observations:

1. That the present administration has acted with sheer gross impunity in its handling of matters of national importance since inception.

2. That by unrepentantly pursuing a set of inconsistent, unfocused and ineffective policies,the current administration has overstressed the Nigerian population that is grappling with a rising spate of general insecurity amidst mounting unmitigated poverty.

3. That in an environment characterized by harsh economic realities, it is the greatest subversion of any government to continue to decide on important matters of collective national interests at the expense of selfishly pursuing individual narrow-minded and parochial interests as evidenced in this case today.

4. That the sudden indiscriminate unilateral hike in the pump prices of petroleum and electricity tariffs at a gnashing perilous time when Nigerians are groaning in heroine pains and anguish at period when the inflation rate is put at 12.8%, consequently are forced to live with everything that makes life difficult and unbearable for a people; is not only unacceptable but abhorrent and repugnant to the nation’s sensibility and ordinary sense of decency.

5. That in an atmosphere infested with entrenched corruption, prolonged insecurity, disabling level of poverty and general economic uncertainties, while not forgetting cancerous infrastructural decay, current astronomical debt profile burden, unstable and unpaid wages, undeniably it is rather insensitive for any government to consciencelessly increase the pump price of fuel and electricity tariff all at once.

With a deep sense of patriotism and concern for collective survival, peace, unity and national development NADEV, on behalf of all the 60 trans-regional groups and civil society groups that make up the Alliance, hereby resolves to:

1. Pass a vote of no confidence on the current administration of Muhammadu Buhari’s incompetent handling of the economy, national security and corruption.
2. Demand the immediate and unconditional downward review of the hiked fuel prices and electricity tariff.

3. Mobilize for an indefinite all Nigeria mass action to resist the hikes and all manifestations of government impunity if current administration grandstands on its grounds.

“4. Send out a clarion call to all Nigerians, the civil society, human and civil rights groups, social and cultural groups to commence the immediate preparation for a possible prolonged mass resistance to these hikes and other forms of impunity to commence on Tuesday, September 10, 2020.”